Taylor Jonathan "T. J." Yates (born May 28, 1987) is an American football quarterback for the Miami Dolphins of the National Football League (NFL). He was drafted by the Houston Texans in the fifth round of the 2011 NFL Draft. He played college football at North Carolina.

Yates played football in youth-league football. He continued playing for his 9th grade high school team and into the 2003 season until moving his focus to basketball. Yates returned in 2005, where he played quarterback and punter for Pope High School, in the north Atlanta suburb of Marietta, where he earned Atlanta Metro First-Team All-Area honors.

Yates played quarterback for the North Carolina Tar Heels at the University of North Carolina at Chapel Hill from 2007 to 2010. Yates currently holds the school records for total career passing yards and single-season passing yards, having broken records set by predecessor Darian Durant during his time at North Carolina. Yates was selected with the 152nd pick (fifth round) of the 2011 NFL Draft by the Houston Texans. He first saw action in a November 27, 2011 game against the Jacksonville Jaguars when quarterback Matt Leinart left the game with a collarbone injury, throwing 8-15 for 70 yards and a fumble. Yates made his first career start in the next game against the Atlanta Falcons, throwing 12-25 for 188 yards and a touchdown. Yates also became the first ever former University of North Carolina player to start an NFL game at quarterback. Yates started his second game on December 11 against the Cincinnati Bengals. Yates completed 26-of-44 passes for 300 yards. He threw two touchdowns and one interception and led the Texans to their tenth win, clinching a playoff spot for the first time in franchise history. For his performance in the Bengals game he was named the Pepsi NFL Rookie of the Week. On January 7, 2012, Yates led the Texans to their first ever playoff win with the score of 31–10 over the Cincinnati Bengals (the same team Yates and the Texans beat to clinch their first ever playoff berth), becoming the fifth rookie quarterback to win a playoff game. The game was the first playoff game in NFL history that had two rookie quarterbacks starting for their respective teams (Andy Dalton was the other rookie). The Texans eventually lost to the Baltimore Ravens in the divisional round.

Yates began the 2012 season second on the depth chart, behind quarterback Matt Schaub, but ahead of John Beck and undrafted rookie Case Keenum. Yates replaced Schaub against the St. Louis Rams during the 2013 season, throwing two interceptions, one of which was returned for a touchdown. Yates ended 2013 completing 15 of 22 passes for 113 yards and 2 interceptions, while also being third on the depth chart behind Schaub and Keenum. On June 18, 2014, Yates was traded to the Atlanta Falcons in return for linebacker Akeem Dent. On September 18, 2014, when the Falcons built a 49-0 lead against the Tampa Bay Buccaneers, Yates had his only playing time of the season, throwing 3-4 for 64 yards and 1 interception. He was released by the Falcons on September 4, 2015, as part of the final roster cuts.

Yates was signed by the Texans on October 27, 2015, after the team cut quarterback Ryan Mallett. He was signed to serve as a backup to Brian Hoyer. After Hoyer went out with an injury during a November 16th game against Cincinnati, Yates replaced him in the third quarter, and eventually won the game 10-6 over the Bengals. In the game, Yates completed 5 of 11 passes for 69 yards and a touchdown. On December 20, Yates suffered a torn ACL in a game versus the Indianapolis Colts. On December 21, 2015 Yates was placed on injured reserve with a torn ACL, ending his season.

Yates was signed by the Miami Dolphins on December 13, 2016 after an injury to Ryan Tannehill. After Matt Moore was hit hard by Pittsburgh Steelers linebacker Bud Dupree in the AFC Wild Card game on January 8, 2017, Yates appeared for one snap but Moore then returned to the game. 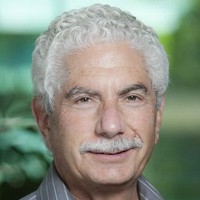