Trevor "T. J." Graham Jr. (born July 27, 1989) is an American football wide receiver who is a free agent. He was drafted by the Buffalo Bills in the third round of the 2012 NFL Draft. He played college football at North Carolina State.

Graham attended Wakefield High School in Raleigh, North Carolina. He caught seven passes for 100 yards and two touchdowns his senior season and had two kickoff returns for 109 yards. Rated as a two-star recruit by Rivals.com, his only offer came from North Carolina State, which he accepted.

During his four-year tenure at NC State, he finished as the ACC career leader in kickoff return yards with 3,153. He also accumulated 99 receptions for 1,453 receiving yards and 16 total touchdowns (12 receiving, 2 kick return TD's and 2 punt return TD's).

Graham was drafted by the Buffalo Bills in the third round (69th overall) of the 2012 NFL Draft. On July 9, 2012, he signed a four-year with the Bills. In his rookie season, he caught his first career touchdown reception from Ryan Fitzpatrick in a 24–14 win over the Cleveland Browns. He was released by the Bills on August 30, 2014.

Graham signed a one-year contract with the Philadelphia Eagles on April 22, 2016, following a mini-camp tryout. On August 21, 2016, Graham was released by the Eagles.

On May 11, 2017, Graham signed with the Montreal Alouettes of the Canadian Football League. 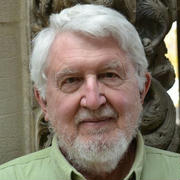