Cecilia Cipressi (born 26 February 1977), best known as Syria or Airys, is an Italian singer and entertainer.

In 2002, she debuted as a songwriter with the song "Lettera ad Alice". In 2009, she adopted the stage name Airys for the electro-dance EP Vivo, amo, esco. In 2011 Syria was vocal coach in the Rai 2 talent show Star Academy, and in 2016 she was a juror in the Italia 1 talent show TOP DJ. She also was a stage actress alongside Paolo Rossi and Francesco Paolantoni.

The contents of this page are sourced from Wikipedia article on 26 Feb 2021. The contents are available under the CC BY-SA 4.0 license.
View Syria 's image gallery
Image Gallery 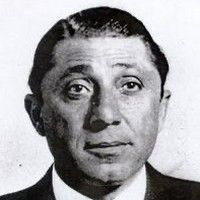