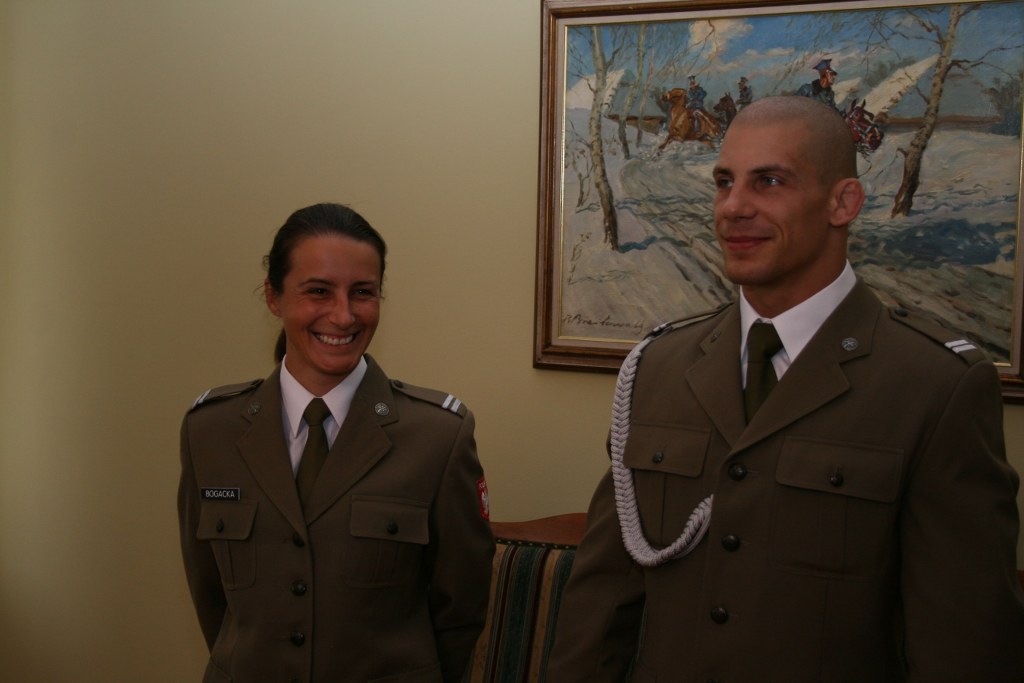 Sylwia Bogacka (born October 3, 1981) is a female Polish sports shooter.
Bogacka was born in Jelenia Góra, Poland. Bogacka studied sociology at the University of Zielona Góra. She first competed at the 2004 Summer Olympics. Four years later, she reached the final of the 10 meter air rifle in 2008, placing eighth. She placed first in the qualifying of women's 10 meter air rifle at the 2012 Summer Olympics, before winning the silver medal in the final. Bogacka then finished fourth in the Women's 50 meter rifle three positions with a score of 681.9.

She works as a soldier. Her rank is Corporal.

September, after London Olympics photo
The contents of this page are sourced from Wikipedia article. The contents are available under the CC BY-SA 4.0 license.
comments so far.
Comments
From our partners
Sponsored
Trending today in