While Stadler was commander of the Panzer-Grenadier regiment Der Führer, part of the SS Division Das Reich, a subordinate unit under his command committed the Oradour-sur-Glane massacre. On 10 June 1944, part of Der Führer regiment, led by SS-Sturmbannführer Adolf Diekmann, killed 642 inhabitants of Oradour-sur-Glane. Stadler ordered a court martial for Diekmann; the latter was killed in action before he could face trial.

On 10 July 1944, Stadler was appointed commander of the SS Division Hohenstaufen; it fought on the Eastern Front, in Normandy, at the Falaise pocket, at Arnhem ("Operation Market Garden"), in the Ardennes offensive and in Hungary. He surrendered his division to the U.S. Army in Austria in May 1945. 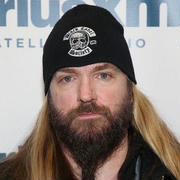