Maulana Waris Hassan (with cap) was son of Sibte Hasan

His last name "Naqvi" indicates he is one of the direct descendants of the Islamic prophet Muhammad through the lineage of the Imam Ali al-Naqi, he belonged to Nasirabadi sub-branch of Naqvis of Darul Ijtihad Jais and Nasirabad. Waris Hasan comes from Khandan-e-Ijtihad a notable family of Shia Muslim clerics of erstwhile Oudh State whose Ayatollah Syed Dildar Ali Naseerabadi Ghufran-Ma'ab Naseerabadi was Sibte's ancestor.

He was most famous for refining the style of Muharram majlis to the format used today, most notably in the Urdu language. Before his time, majalises in Lucknow and other places contained marsiya, recited by great poets like Mir Anees and Mirza Dabeer. The new format has Khutba in Arabic, some tafseer, fazail of Ahlul Bayt and then masaeb of Karbala. 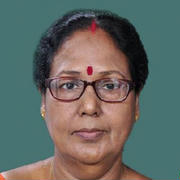