Geelani was born in a town near Bandipora, North Kashmir, on 29 September 1929. He was educated at Sopore, and finished his studies at the Oriental College, Lahore (in present-day Pakistan).

Geelani has been viewed as a key leader in Kashmir. Omar Abdullah, former Chief Minister of Jammu and Kashmir, has blamed Geelani for the rise in militancy and bloodshed in Kashmir, while Omar's father and former Union Minister Farooq Abdullah has urged Geelani to follow a path which would "save Kashmiri people from further destruction". In October 2013 he was re-elected for the fourth time to serve three-year term as the chairman of Hurriyat Conference (G), a faction of the All Parties Hurriyat Conference, which split up in 2003. He founded the Tehreek-e-Hurriyat party, to which he was separately reelected as chairman for a three-year term in September 2013.

Geelani has called for numerous general strikes or shutdowns, in response to the deaths of unnamed suspected militants, local militants and death of civilians in Kashmir.

Syed Ali Shah Geelani received the invitation to participate in the annual meeting of the "foreign ministers" of "member states" of the Organisation of Islamic Cooperation (OIC) and the "Kashmir contact group" to be held in New York from September 27, 2015.

After the death of Burhan Muzaffar Wani and the ongoing 2016 Kashmir Unrest that lasted for five consecutive months, to restore normalcy in Kashmir, Geelani sent a letter to United Nations listing six Confidence Building measures (CBMS).

On November 29, 2010 Geelani, along with writer Arundhati Roy, Maoist Varavara Rao and three others, was charged under "sections 124A (sedition), 153A (promoting enmity between classes), 153B (imputations, assertions prejudicial to national integration), 504 (insult intended to provoke breach of peace) and 505 (false statement, rumour circulated with intent to cause mutiny or offence against public peace... to be read with Section 13 of the Unlawful Activities Prevention Act of 1967". The charges, which carried a maximum sentence of life imprisonment, were the result of a self-titled seminar they gave in New Delhi, "Azadi-the Only Way" on October 21, at which Geelani was heckled.

Geelani had appealed to people of Kashmir to boycott the 2014 Jammu and Kashmir Legislative Assembly elections completely, not accepting the proposals for self-rule or autonomy that had been offered by the People's Democratic Party and the then ruling National Conference. But despite of repeated boycott appeals, 2014 assembly election recorded record voter's turnout of more than 65% which was highest in 25 years of history . After record voting percentage in Kashmir, Geelani was heavily criticised by mainstream media for misleading people of Kashmir and for not representing true sentiments of Kashmiri people.

Geelani lives in Hyderpora SrinagarKashmir .Both his elder son Nayeem & his daughter in law were doctors in Rawalpindi, Pakistan but returned to India in 2010. His second son, Zahoor, lives in New Delhi. Izhaar, his grandson, is a crew member of a private airliner in India, while his daughter Farhat is a teacher in Jeddah. His other grandchildren are studying in leading schools of India. His cousin Ghulam Nabi Fall is presently in London.

Geelani's passport was seized in 1981 due to accusations of "anti-India" activities. With the exception of his Hajj pilgrimage in 2006, he has not been allowed to leave India. He was diagnosed with renal cancer, and advised treatment from abroad in the same year. On the then Indian Prime Minister Manmohan Singh's intervention, the government returned Geelani's passport to his son. In 2007, his condition worsened, although in the early stages of the cancer, it was life-threatening and surgery was advised. Geelani was set to travel to either the UK or the United States. However, his visa request was rejected by the American government citing his criticism of the war in Iraq and he went to Mumbai for surgery. His supporters and family alleged that this was a "human rights violation".

On March 6, 2014, Geelani fell ill with a severe chest infection, shortly after returning to his home in Srinagar. He has been under house arrest for most of the time since 2010, and was put under house arrest again on his return. In May 2015, Geelani applied for passport to visit his daughter in Saudi Arabia. The Indian government withheld it citing technical reasons, including the fact that he deliberately failed to fill in the nationality column required in the application. On 21 July, the Government granted him a passport on humanitarian grounds, with a validity of nine months, after Geelani acknowledged his nationality as an Indian.

On March 12, 2014, rumors of Geelani's death, spread by edits to his Wikipedia entry, "a particular Hindi news channel", and pages on Facebook led the government of Kashmir to suspend internet and phone service, according to some sources. However, the then Chief Minister Omar Abdullah said that the failures had nothing to do with Geelani's health and were due to a snapped power line as well as an optical fibre cut due to heavy snowfall, which left most of the valley without power. The cuts in Internet service, hours after a statement by Hurriyat that Geelani would be flown to New Delhi for medical treatment, were blamed for spreading the rumours.

In February 2014 he said prisoners in Kashmir "are the victims of custodial violence and are harassed in Indian Jails especially in Tihar Jail" after an incident where parents of Javaid Ahmad Khan, serving a life sentence, "had travelled thousands of kilometres and invested a lot of money to reach Delhi to meet their jailed son but oppressors denied them a meeting with him. "This is state terrorism", he said.

He is viewed as sympathetic to Jamat-e-Islami. His official residence was viewed as Jamat property before he donated it to the Milli Trust.

Geelani calls Islamist leader and founder of the Jamaat-e-Islami, Abul A'la Maududi as his mentor.

In November 2011, Geelani called for peaceful protests against the alleged "objectionable anti-Islamic" content on the social networking website Facebook, which he described as a "satanic audacity". His call triggered protests in various parts of the Kashmir valley, leading to minor clashes between the protestors and the security forces.

Geelani condemned the killing of Osama Bin Laden by the US. After Bin Laden's death in May 2011, Geelani said that he will lead last rite prayers in absentia in Srinagar for the slain al-Qaeda leader. After holding prayers for Osama in congregation of thousands of Kashmiris, a European Union delegation snubbed Geelani by cancelling a scheduled meeting with him. He further supported 2001 Indian Parliament attack accused Afzal Guru and one of 2008 Mumbai Attacks mastermind and Lashkar-e-Taiba chief Hafiz Saeed.

Geelani says that Kashmir must have the right of self-determination, but specifically advocates the position of union with Pakistan. He has been seen as close to the Pakistani government, but has criticised the country's policies. He was particularly critical of the Kargil episode, saying that while Pakistan had been supporting "the indigenous struggle of the people of Jammu and Kashmir, morally, diplomatically and politically ... this does not mean Pakistan can take a decision on our behalf"

Geelani would only support a dialogue process aimed at resolving Kashmir issue in accordance with the wishes and aspirations of the people of the state. But he belies dialogue between India and Pakistan starts under diplomatic compulsions, it is nothing but just a time delaying tactics. He is of the opinion that Kashmirs are not enemies of India or hold any grudge against its inhabitants. We are desirous of a strong India and Pakistan and it is only possible when Kashmir issue is resolved to pave the way for peace, prosperity and development in the region.

He said, "Kashmir is not any border dispute between India and Pakistan which they can solve by bilateral understandings. It is the issue concerning future of 15 million people. The Hurriyat is not in principle against a dialogue process but without involvement of Kashmiri people, such a process has proved meaningless in the past. We don’t have any expectations of it being fruitful in future too." He further stated, "India should immediately and unconditionally release political prisoners, and withdraw cases against youth, which are pending in the courts for the past 20 years."

Separatism and relations with Pakistan

Geelani has been repeatedly criticised by Indian authorities for inciting violence in the region and working as offshoot of Pakistan. Geelani says openly that he is not Indian. By travelling on the Indian passport is a compulsion of every Kashmiri as Kashmir is an Internationally accepted Disputed region between India and Pakistan are his words when applying for Indian Passport. "We are Pakistani; Pakistan is ours," he said in a big gathering of his supporters.

Sheikh Mustafa Kamal, a senior leader of Jammu & Kashmir National Conference and son of Sheikh Abdullah criticised Geelani for working on "dictations" given by Pakistan. He accused Geelani of being "a double agent" on "the payroll of Pakistan's ISI". 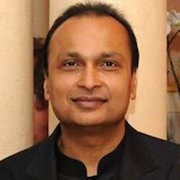 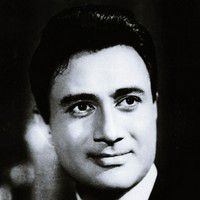 Member of Lok Sabha from Bangalore 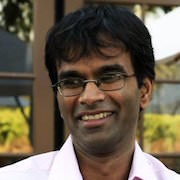