Hossain was born on 1 October 1951 in Dashar village, Madaripur. His father was Late Syed Atahar Ali and his mother was Late Syeda Sufia Ali. He completed his Bachelors in Business Management from the University of Dhaka in 1972 and Masters in 1974. Hossain married Khwaja Nargis Hossain in September 1979. He has two daughters: Syeda Rubaiyat Hossain and Syeda Iffat Hossain.

After completing his Education from the University of Dhaka, Hossain joined Government Service and later ventured into business. He founded SAHCO International Ltd and SAHCO NGO in 1975. He was the founding Member of Boao Forum for Asia, which was conceived in 2001 in Hainan Province, China.

Hossain has been elected as a member of the Bangladesh Parliament in four successive general elections in 1991, 1996, 2001 and 2009. He performed as a State Minister for Local Government, Rural Development and Cooperatives of the previous Government . He is the International Affairs Secretary of Bangladesh Awami League.

In 2012 World Bank alleged that Hossain was a conspirator in the Padma Bridge Graft Scandal. Hossain denied the allegations that he misused his position as Communications Minister of Bangladesh. He resigned from his office on 23 July 2012. He was acquitted in 2014 by the Bangladeshi courts and the Anti-Corruption Commission.

The Canadian case was dropped in 2017 after Judge Ian Nordheimer found that the Royal Canadian Mounted Police did not have sufficient evidence to justify their initial wiretap, although Hossain had already been acquitted by a lower Canadian court. Government spokesperson Sajeeb Wazed called for those who raised the allegations to apologise. The construction of the Padma Bridge is now underway.

The contents of this page are sourced from Wikipedia article on 30 Jun 2020. The contents are available under the CC BY-SA 4.0 license.
View Syed Abul Hossain 's image gallery
Image Gallery

Tallest person in the world 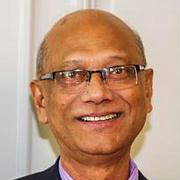 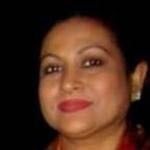 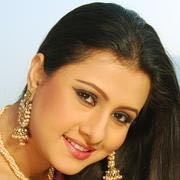