Sydney Meshkov (born 5 June 1927) is a Theoretical Physicist currently working on LIGO at the California Institute of Technology (Caltech).

Meshkov received his undergraduate A.B. degree in physics (1947) and his Ph.D. in physics (1954) from the University of Pennsylvania, as well as his M.S. (1949) from the University of Illinois. He has held positions at many institutions, most notably at the National Bureau of Standards (NBS, now known as NIST) as a member of the Senior Executive Service (1962-1990), and at Caltech, where he was a Visiting Associate and a Visiting Professor of Theoretical Physics in the 1970s and 1980s. He has been a LIGO staff member from 1994 to the present. Before joining LIGO, Meshkov left NIST to spend four years at the Superconducting Super Collider (1990-1994).

Meshkov is one of the original organizers for a series of conferences on physics (the "Coral Gables conferences"), taking place at or near the University of Miami, which began in 1964 and continue to the present. He has also played an important role in the development of the Aspen Center for Physics (1968–present) as Secretary and Trustee, and is currently an Honorary Trustee. When he started working at LIGO, he and Gary Sanders started the first winter conference on gravitational wave detection at Aspen. He continues as a chair of the Gravitational Wave Advanced Detector Workshop (GWADW) series of LIGO conferences.

Meshkov has worked and published research in four fields of physics: Atomic, Nuclear, Elementary Particle, and Gravitational Wave Detection. In his Ph.D. Thesis, on the Theory of Complex Spectra, he developed new techniques for calculating N body matrix elements from 2 and 3 body matrix elements. He applied these techniques, successfully, to Nuclear Spectroscopy and became proficient in shell model calculations. While on an extended visit at Princeton University in 1960, working together with Carl Levinson and Manoj Banerjee, Meshkov learned about and then used the group SU(3) to do dynamical calculations in Nuclear Spectroscopy. Meshkov continued the work on SU(3), collaborating with Levinson, at the Weizmann Institute in 1961–62.

In the fall of 1961 Yuval Ne'eman returned to Israel, following completion of his Ph.D. with Abdus Salam at Imperial College London, in which he had developed the Eightfold Way (physics) in work similar to research done independently by Murray Gell-Mann. Since SU(3) was an integral part of this work, Levinson and Meshkov, later joined by Harry Lipkin, used their knowledge of SU(3) to explore this new field. Together with Salam, they showed that the Eightfold Way was correct (instead of the older Sakata model), invented the U-spin and V-spin subgroups of SU(3), and showed that the photon was a U-spin scalar. Meshkov also produced a set of useful SU(3) 8x8 Clebsch–Gordan coefficients. In the meantime, Meshkov, Snow, and Yodh demonstrated the validity of SU(3) flavor symmetry in reaction analyses.

Lipkin and Meshkov invented W-spin and SU(6)W, which allowed the combination of external and internal symmetries, for co-linear processes. Peter Kaus and Meshkov collaborated in a series of papers exploring quark structure, and extended this work to neutrinos. Meshkov's subsequent innovations include influential contributions to hadronic physics.

Meshkov started working on LIGO, in 1994; this is the detector that ultimately observed cosmic gravitational waves. At the time, he was chair of the Aspen Center for Physics Winter Conferences. Together with Gary Sanders, he started the first Gravitational Wave Detection Conference in Aspen in 1995. This has evolved into a three year cycle of GWADW conferences, rotating between the United States, Europe (in particular, the island of Elba), and Japan or Australia. Meshkov continues to be Chair or Co-chair of these conferences, which explore upgrades and possible new facilities and techniques for gravitational wave detection.

The contents of this page are sourced from Wikipedia article on 14 Feb 2020. The contents are available under the CC BY-SA 4.0 license.
View Sydney Meshkov 's image gallery
Image Gallery 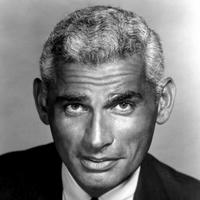