Sybil Danning (born Sybille Johanna Danninger; May 24, 1952) is an Austrian actress, model and film producer. She is best known for her frequent appearances in B movies during the 1970s and 1980s.

Born in Wels, Austria, Danning spent most of her childhood on military bases and travelling with her family around the world. After their return to Austria, she landed a job as a dental hygienist to support her family following her parents' divorce. At the age of sixteen, Danning left her home and relocated to Salzburg, where she enrolled at a school of cosmetology.

In 1978, Danning moved to Hollywood to further her career. Her first film role was in Roger Corman's science fiction cult classic, Battle Beyond the Stars (1980), which established her as a B movie actress. She appeared in a number of films during the 1980s such as Chained Heat (1983), Hercules (1983), Malibu Express (1985), Howling II: Your Sister Is a Werewolf (1985) and Reform School Girls (1986). In 1990, her acting career was delayed after having an accident while rehearsing a film stunt. Suffering from a spinal disc herniation, Danning went on a hiatus from the film industry.

Danning was born in Wels, Upper Austria, Austria as Sybille Johanna Danninger. Danning was the love child of a German-Dutch-American father, who left for the United States before Danning's birth. Her Austrian mother raised her, and later married a United States Army major; the family relocated to the United States. Danning led a nomadic early life on various Army bases in Sacramento, Maryland and New Jersey.

In New Jersey, she attended Eatontown's Star of the Sea Catholic School. The family then moved to Germany. Soon thereafter, her stepfather was relocated and Danning's mother declined to follow when he was ordered to go to Japan. Returning to Austria, the financial situation during her mother's divorce saw Danning leave school at 14 to help support the family. She took a job with her uncle as a dental assistant. Danning left home at 16 due to the strictness of the household's regulations. She moved to Vienna, where she worked in a dental supply company.

After one year, Danning relocated to Salzburg, where she was hired to assist one of Europe's top oral surgeons, Dr. Franz Clementschitz. She gave up her dental career and enrolled in the renowned Buchner School of Cosmetology in Salzburg and received a diploma in facial treatment, decorative make-up, pedicure, manicure, and body massage. Danning planned to open her own beauty salon, but the state denied her an operating license because there were already five salons in the city. She was asked by the owner to work at the Buchner Institute as cosmetician, to book models and groom them. Soon Danning was much sought after for fashion shows and photo layouts full-time, internationally exploiting her classic Nordic beauty.

Danning entered the realm of cinema when a German film director insisted she play the beautiful legendary figure, Lorelei, in his movie, Come, My Dear Little Bird. Her photograph posing on the infamous Lorelei Rock on the Rhine River in nothing but her long blonde tresses while luring sailors to their doom through song made her a sensation in the European press. A year after she was cast as yet another legendary beauty for the film The Long Swift Sword of Siegfried, playing Kriemhild. The next year, she had a role in one of Robert De Niro’s first films, Sam's Song.

In 1972, she was in the cast of Bluebeard, along with Raquel Welch and Richard Burton, playing a high-class prostitute. The same year, she appeared in Eye of the Labyrinth, a giallo thriller. Also noteworthy were her films The Three Musketeers and The Four Musketeers, again acting with Raquel Welch; both films being produced by Ilya and Alexander Salkind. In 1977, she was praised for her role as a sadistic terrorist headed for Entebbe in the Best Foreign Film Oscar nominated Operation Thunderbolt with Klaus Kinski. As producer, Danning provided full financing out of Germany and distribution as well as casting her friend Klaus.

In 1978, Danning moved to Hollywood, California, to further her career in American films. She left behind all her friends and family in Europe and pursued her career with no contract, no agent, and no idea what the future would bring. In 1980, Danning portrayed an extraterrestrial Amazon named Saint-Exmin in the 1980 science fiction film Battle Beyond the Stars. This performance earned her "The Golden Scroll Award of Merit" from the Academy of Science Fiction, Fantasy, and Horror Films. Cult movies Jungle Warriors, Panther Squad, and S.A.S. à San Salvador followed in quick succession.

In 1983, Danning appeared on the cover of the August issue of Playboy magazine and in a nude celebrity pictorial inside. Next, Danning co-starred again with Christopher Lee in Howling II: Your Sister Is a Werewolf, playing Stirba, an evil werewolf queen. She began to guest-star in many American television series, notably A Man Called Sloane, Vega$, Simon & Simon, Masquerade, The Fall Guy, and V (The TV series). In 1986, Danning was seen with the troubled rocker Wendy O. Williams in Reform School Girls, a campy "Women in Prison" film. After the sketch parody Amazon Women on the Moon, Danning founded her own production company, "Adventuress Productions, Inc.", and produced L.A. Bounty, in which she starred and wrote the script.

In the vein of Elvira, Danning was the hostess of her own collection of 26 action-adventure films that bear the title Sybil Danning's Adventure Video for the "USA Home Video" company. She appeared at the beginning, with campy one-liners, introduced the video, and returned at the end to wrap it up. In 1989, Danning re-teamed with the producers of Bluebeard, The Three Musketeers, The Four Musketeers, to play a succubus in television series Superboy.

In 1990, Danning's acting career was delayed by an accident in a gymnasium while rehearsing a film stunt. For the next two months, she rested, while working with writers from her film L.A. Bounty, but the pain worsened. Doctors misdiagnosed her condition as either a strained muscle or a damaged nerve, and they prescribed painkillers and massages. Finally, a surgeon, recommended by Jack Nicholson, discovered that Danning had two severely herniated discs, and was put into the hospital that same afternoon.

Danning underwent a series of epidurals, followed by traction. At that point, Danning could not walk, and was bed-ridden or in a wheelchair. At first, she was determined to overcome her orthopedic problem without surgery, but the pain became too overwhelming. Danning finally consented to a new microdiscectomy technique on the day after Thanksgiving 1990. She spent the following year recovering and watched the duration of the Persian Gulf War from her hospital bed.

In 2003, Danning returned to public performances. She started by appearing in the fan memorabilia convention circuit, with appearances in California, Chicago, Illinois, Georgia, Michigan, Ohio, New Jersey, among others. The Chiller Theater in New Jersey included footage of Danning in her first appearance in its 2004 documentary, UnConventional. The year 2007 marked Danning's return to the big screen, most notably in the film Grindhouse, in a faux trailer titled Werewolf Women of the SS. This was followed by her appearance in Rob Zombie's remake of Halloween. In 2008, Danning returned to Europe to film Patrick Swayze's last film Jump!. She then appeared in the third season of cable series The Lair as Frau von Hess, a sinister vampiress out to kill the vampire whose influence over her son caused her transformation. In 2010, she played the maniacal Danita Herrington in independent horror film Virus X. In 2011, she starred in and produced a music video for hard rock band The Last Vegas.

Danning is currently in pre-production for a new vampire film The Last Revenants. In addition, the character she created and played in L.A. Bounty, Ruger, is in development as a videogame and comic book.

From 2002 to 2003, Danning was a shareholder of the German ice hockey club SC Riessersee. As the first ever female co-owner of a German hockey team, Danning brought in three American players to the team, and saw the team return to the Vice Championship. Danning is currently looking to buy and turn around an English Football club.

Art historian, art plunderer and dealer on behalf of the Nazis 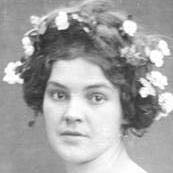 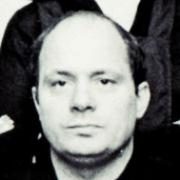 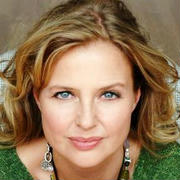