Fatimah Syahrini Jaelani, also widely known as Syahrini (born August 1, 1980), is an Indonesian TV personality and socialite. Syahrini spent her childhood in Sukabumi, and later earned bachelor law degree from Pakuan University in Bogor. Her first solo album, My Lovely, released in 2008, although she had preceded her singing career by recording a song that appeared in the compilation soundtrack album of Coklat Stroberi (Chocolate Strawberry) the movie, entitled "Tatapan Cinta".

In 2008, She collaborated with songwriters, including Dewiq and Yovie Widianto for her first pop solo album, My Lovely, two songs from that album "Bohong" (Lies) and "My Lovely" were released as singles. In the middle of 2009, Syahrini released the single, "Pusing Setengah Mati".

In late 2009, Syahrini met Anang Hermansyah on a TV show who then asked her to be his duet partner. Together they released the singles "Jangan Memilih Aku" (Don't Choose Me) and "Cinta Terakhir" (the Last Love).

In 2010, she recorded a cover version of the late Alda Risma's song "Aku Tak Biasa" (I'm Not Used To be), and reestablishing her career as an independent solo female singer, after the collaboration with him ended.

On May 2, 2011, Syahrini was sued for a contract management mistake.

In February 2014, Syahrini was allegedly associated in a corruption case of the procurement of medical equipment in Banten province, along with Jennifer Dunn, Catherine Wilson, and Aura Kasih. The main suspect, Tubagus Chaeri Wardana (a.k.a. Wawan), who is prosecuted by Indonesia's Corruption Eradication Commission (KPK), was rumored to have personal relationship with these famous women. The Indonesian media also reported that Wawan, who is the brother of Banten Province's Governor, Ratu Atut Chosiyah, spent the corrupted money to buy expensive gifts for several female celebrities, included Syahrini. The rumor was entirely denied by herself. 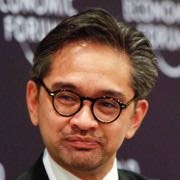