Sverre Heim (born 4 October 1951) is a Norwegian physician and cancer researcher. He is leader of the Cytogenetic Cancer Section at the Norwegian Radium Hospital. His research has focused on chromosome abnormality and cancer. In 2011 he received the King Olav V's Prize for Cancer Research .

Heim is an able chess player, and won the Norwegian Chess Championship in 1980. He was awarded the FIDE Master title in 1985.

The contents of this page are sourced from Wikipedia article on 23 Jun 2020. The contents are available under the CC BY-SA 4.0 license.
comments so far.
Comments
Reference sources
References
https://kreftforeningen.no/forskning/kong-olav-vs-kreftforskningspris/prisvinnere/
http://www.kongehuset.no/nyhet.html?tid=92292&sek=26939
https://snl.no/sjakk_-_norgesmestere_%C3%B8verste_klasse
https://ratings.fide.com/card.phtml?event=1500090
http://www.chessgames.com/perl/chessplayer?pid=49515
https://viaf.org/viaf/23150868080722071627
https://www.worldcat.org/identities/viaf-23150868080722071627
Trending today in 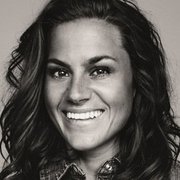