Suzanne Savoy is an American actress and voice artist best known for playing Victoria Robertson in Steven Soderbergh's Cinemax series The Knick and DNC Chairwoman Patricia Whittaker in House of Cards, and for her one-woman touring show Je Christine about late-Medieval author Christine de Pizan. She appears in and does voice-overs for many commercials, and has roles ranging from minor to starring in both film and television. Savoy appears on the Breaking Bad fan site as lawyer Perry Trivedi in the award-winning prequel series, Better Call Saul.

Suzanne Hélène Savoy was born in Wilmington, Delaware, the daughter of Jean Dawson Savoy and Prew Savoy. The family relocated to the town of Iberville in the province of Québec, Canada, when she was five years old. She and her sister Jeanette ("Jeanie") were weekly boarders at the Convent of the Sacred Heart in Montreal while their younger sister Alexis remained in Iberville to be schooled in French. Summer vacations and holidays were spent at the shore in Rehoboth Beach, Delaware, with their maternal grandparents, Ella and Ralph Dawson. Savoy attended CEGEP at Sir George Williams University, since renamed Concordia University.

A graduate of National Theatre School of Canada's Design Program, her set design for Goldoni's The Boors was selected by the head of the program, designer François Barbeau, to be displayed at the 1975 Prague Quadrennial of Performance Design and Space. Savoy has designed and/or built costumes and puppets for various theaters in Canada and the United States, including the Groupe Nouvel'Aire in Montreal, Persephone Theatre in Saskatoon, Gryphon Theatre in Ontario, and NYC's The Shakespeare Project and Bloodstone Theatrical.

Savoy began her acting career after moving to Houston in her late twenties. She studied at The Royal National Theatre of Great Britain and various other schools and colleges including the University of Houston as a guest of the Director of UH's School of Theatre, Dr. Sidney Berger. She quickly established herself as a full-time working actor in Texas through her voice-over and commercial work as well as supporting and starring roles in film, co-starring and principal roles on TV, and stage work at venues such as regional theaters The Dallas Theater Center and The Alley Theatre, at The Houston Shakespeare Festival, Stages Repertory Theatre and Main Street Theatre in Houston. In 1986 she co-founded Mercury Studio, which provided on-camera training for Houston actors until 2005. Having moved to New York City in 1995 with her daughter following divorce, Suzanne became a mainstay of Scott Cargle's The Shakespeare Project, which toured NYC's parks and public spaces. She variously performed, designed sets and costumes, built puppets, and created and ran TSP's education division over a period of nine years. In 2005, Suzanne moved to Harlem and continued her work appearing in and doing voice-overs in numerous national commercials. She has performed on a number of New York stages; Metropolitan Playhouse's production of Sinclair Lewis' Dodsworth, in which she appeared as Edith Cortright, received an Aggie Award for Best Ensemble.

After a hiatus from film and TV while raising her daughter, she resumed work in those media. In 2013, Savoy was cast as DNC Chairwoman Patti Whittaker in the first season of the Netflix series House of Cards. Two days after she wrapped, she began receiving chemotherapy and radiation treatments for stage four colorectal cancer. Given a clean bill of health less than a year later, she was cast as matriarch Victoria Robertson in Steven Soderbergh's The Knick, which shot for two seasons. Savoy subsequently appeared in Seasons 4 and 5 of House of Cards. While her home base is in Harlem, she also spends time in Los Angeles for work and visiting her daughter, who now resides in LA and works as a screenwriter and director.

Savoy studied at NYC's Upright Citizen's Brigade and went on to co-found indy teams Lascivious Jones, Tonya, and Wasp. Actress and comedian Nicole Byer was a teammate and co-founder of Lascivious Jones. Savoy appeared in TV roles for The Onion and UCB Comedy Shorts, and has worked repeatedly in sketches on Last Week Tonight With John Oliver.

Savoy and bandmate Joe Silver form the duo Bespoke, which hosts an open mic night for ukulelists at Grill on the Hill in Harlem; they also founded and hosted the Uke Rumble variety nights at Parkside Lounge on Houston Street in NYC. Bespoke performs covers and original songs on acoustic and electric uke.

Savoy was married to James Black (actor and interim Artistic Director of The Alley Theatre) for seven years; they have one daughter, screenwriter/director Bonnie Savoy Black. Savoy owns a second home in lower Delaware, close to her sisters' families.

The contents of this page are sourced from Wikipedia article on 12 Jun 2020. The contents are available under the CC BY-SA 4.0 license.
comments so far.
Comments
From our partners
Sponsored
Reference sources
References
http://newyork.improvteams.com/suzannesavoy
//www.google.com/search?&q=%22Suzanne+Savoy%22+site:news.google.com/newspapers&source=newspapers
//scholar.google.com/scholar?q=%22Suzanne+Savoy%22
https://www.jstor.org/action/doBasicSearch?Query=%22Suzanne+Savoy%22&acc=on&wc=on
http://www.jechristine.com
https://bloodstonetheatrical.com
https://www.imdb.com/name/nm0767929/
https://www.animenewsnetwork.com/encyclopedia/people.php?id=861
https://www.animenewsnetwork.com/encyclopedia/people.php?id=4669
Trending today in 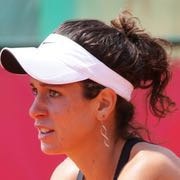