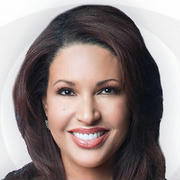 Suzanne was born on January 25, 1970. She attended University of South Florida, from 1989 to 1993 and received a bachelor's degree with honors in mass communications. While studying at the university, she began her broadcasting career working as a production assistant and associate producer for the PBS-affiliated, WUSF-TV in Tampa, Florida.

She also worked as an anchor at the student-run radio station, WBUL, and served as a correspondent for the Tampa Tribune as well as Tampa-based Urban Business Magazine.

In the years 1991-92, she got the opportunity to work as a news anchor and reporter in Belgrade, Yugoslavia at Radio and Television Serbia, Trecan Kanal and NTV Studio B television stations.

While at the university, she won National Association of Black Journalists Leadership Award.

In 1995, she joined WBBM-TV as a freelance reporter and in 1999, she became a full-time reporter. She covered a wide variety of stories, with a particular concentration on community related events, including serving as a news correspondent for CBS 2’s Southside neighborhood newsroom from 1999-2000. In 2000, she became an early morning news anchor at WBBM-TV, a role she held until 2001, when she returned to dayside general assignment reporting duties.

In early 2006, Suzanne became the weekend morning news anchor at WBBM-TV. In 2007, WBBM-TV management considered promoting Suzanne to being weekend evening news anchor. However, station bosses promoted Mai Martinez to the role instead.

She is on the Board of Directors of PAWS Chicago, the largest no-kill animal shelter in the Midwest. She also helped set up the first humane education program with PAWS in 2003.

She has served on the Board of Directors of the Better Boys Foundation. The organization provides educational assistance to boys and girls in the North Lawndale community on Chicago’s west side.

She is a Trustee of Ray Graham Association for People with Disabilities, an organization that supports children and adults with developmental disabilities in DuPage and Cook counties. She is also on the Board of Trustees of Lifeline Humanitarian Organization.

She’s on the Advisory Council for Smile Train, an organization that provides life-saving cleft-palate surgery for children in need around the world.

Suzanne has a daughter and currently resides in  the Gold Coast area of Chicago.

References
http://cbs2chicago.com/bios/suzanne.le.mignot.9.291740.html
http://cbs2chicago.com/slideshows/20.316139.html?spid=2&rid=14
http://chicago.cbslocal.com/personality/suzanne-lemignot/
https://pqasb.pqarchiver.com/chicagotribune/access/42845448.html?dids=42845448:42845448&FMT=ABS&FMTS=ABS:FT&type=current&date=Jun+29,+1999&author=Jim+Kirk&pub=Chicago+Tribune&edition=&startpage=2&desc=%60UP+'N+RUNNING'+OUTPACES+RIVAL
https://www.questia.com/read/1G1-77294039
https://web.archive.org/web/20190806223801/https://chicago.cbslocal.com/personality/suzanne-lemignot/
To cite the article
Citation
We strive for accuracy and fairness. If you notice a mistake, please contact us. Below the article, you will find links to the references used.
comments so far.
Comments
Trending today in 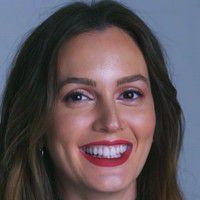 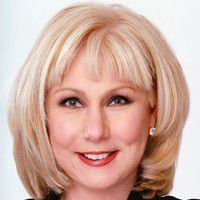