At the 2001 World Juniors, she defeated Matilda Mattsson's Swedish rink for the gold. The following year she would win the bronze.

At the very first Curl Atlantic Championship Birt and her team went undefeated in round robin play. She advanced to the semi-final where she defeated New Brunswick's Andrea Kelly. In the final Birt would meet with six time Scotties champion, and two time world champion Colleen Jones, where she would end up winning the championship, earning at trip to Switzerland to compete in the Bernese Ladies Cup. Birt and her team would have a very successful time at the event, qualifying for the playoffs. She would defeat Canada's Jan Betker in the quarter final, before losing to Canada's Jennifer Jones in the semi-final. Birt and team would play in the bronze medal game, where they defeated Switzerland's Silvana Tirinzoni, to place third overall in the competition.

With the departure of Birt's second Robyn MacPhee, PEI Junior Champion Sarah Fullerton, was added to the team for the 2012–2013 season. The team qualified for the 2013 Scotties Tournament of Hearts where they finished with a 5–6 record.

For the 2013-14 curling season, Birt brought in a new front end of Michelle McQuaid and Susan McInnes. On the tour, they won the 2013 Royal LePage Women's Fall Classic. In the 2014 Prince Edward Island Scotties Tournament of Hearts, the team had a very poor showing, finishing in last place with a 1-3 record. The team had much more success at the 2015 PEI Scotties, winning the event, and qualifying for the 2015 Scotties Tournament of Hearts. There, Birt led her team to a 4-7 round robin record, missing the playoffs.

Birt formed a brand new team for the 2015-16 season, which consisted of Robyn MacPhee, Meaghan Hughes and Marie Christianson. On the tour that season, the team won the 2015 Sobeys Classic. The team won the 2016 Prince Edward Island Scotties Tournament of Hearts, and represented the province at the 2016 Scotties Tournament of Hearts. There, Birt fared no better than the previous season, finishing with a 4-7 record.

Birt took two seasons off from curling (which included winning $500,000 on an Atlantic Lottery scratch ticket in 2017), to take a "mental break". She returned to the sport for the 2018-19 curling season with teammates Christianson, Hughes and McQuaid. In her first season back, she won the 2018 WFG Jim Sullivan Curling Classic on the tour, and won her tenth provincial championship at the 2019 Prince Edward Island Scotties Tournament of Hearts. Birt skipped team PEI at the 2019 Scotties Tournament of Hearts to a 6-5 finish, good enough for sixth place, but out of the playoffs. The following season, they won the 2019 Tim Hortons Spitfire Arms Cash Spiel on the tour and they would defend their provincial title, winning the 2020 Prince Edward Island Scotties Tournament of Hearts in early January 2020. 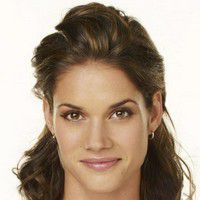 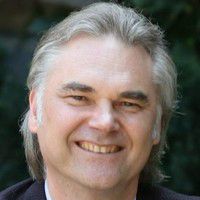