Khrueakaeo first met King Vajiravudh in 1924 during a dramatic production, in which they both acted. Soon after, Khrueakaeo was renamed Suvadhana and elevated to the rank of a minor consort. Later that same year they were married at the Grand Palace in Bangkok. Although King Vajiravudh initiated many Siamese nationalistic policies of the 1920s, his queen Suvadhana was of Khmer descent of Phratabong province (Battambang). Suvadhana's grand aunt, Khun Chom Iem Busba, was the wife of King Norodom I of Cambodia.

When Suvadhana became pregnant in 1925, the King elevated her rank to that of Phra Nang Chao Suvadhana (HRH Suvadhana, Princess Consort of Siam; Thai: พระนางเจ้าสุวัทนา พระวรราชเทวี). Not soon after the King fell gravely ill, on the 24 November 1925, Suvadhana gave birth to a daughter, Princess Bejaratana Rajasuda.

The Princess and her daughter continued to live at the Dusit Palace, raising her daughter during the reign of her husband's younger brother King Prajadhipok. In 1938, as war looms, the Princess and her daughter emigrated to the United Kingdom, following the example of Prajadhipok who went in exile there in 1935. First she lived at Fairhill Villa in Camberley, Surrey, she later moved to Brighton. During the Second World War the Princess volunteered for the British Red Cross, donating winter clothes and other equipments to British soldiers; she later received a letter of recommendation from the organization. She would spend 22 years in England, she made her own living by investing in stocks and bonds; living a comfortable lifestyle with Thai servants.

The Princess and her daughter returned to Thailand permanently in 1957. They bought some land on Sukhumvit Road Soi 38, and build the Ruenruedi Villa Palace. During her later years she carried out many royal duties and became patron of many charitable organizations. Suvadhana died at Siriraj Hospital on the 10 October 1985 at the age of 79, her funeral was presided over by King Bhumibol Adulyadej (or Rama IX) and Queen Sirikit.

The contents of this page are sourced from Wikipedia article on 16 May 2020. The contents are available under the CC BY-SA 4.0 license.
View Suvadhana 's image gallery
Image Gallery 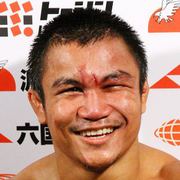 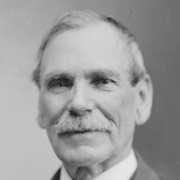