Susan Elizabeth Strasberg (May 22, 1938 – January 21, 1999) was an American stage, film, and television actress, the daughter of the drama coach Lee Strasberg. She was nominated for a Tony Award when she was 18 years old.

Strasberg was born in New York City to theatre director and drama coach Lee Strasberg of the Actors Studio and former actress Paula Strasberg. Her brother, John, is an acting coach. Her father was born in what is now Ukraine, and her mother in New York City. They were both from Jewish families who emigrated from Europe.

At age 14, Strasberg appeared off-Broadway in Maya in 1953, which ran seven performances. Her TV debut was in "Catch a Falling Star," an episode of Goodyear Playhouse directed by Delbert Mann the same year.

She was in Romeo and Juliet for Kraft Theatre (1954), playing Juliet, and episodes of General Electric Theater and Omnibus.

She had a regular role in a short lived sitcom, The Marriage, playing the daughter of Hume Cronyn and Jessica Tandy. It was the first network show broadcast in color.

Strasberg made her film debut in The Cobweb (1955). She followed it with a widely praised performance as a teenager in Picnic (1955), playing the younger sister of Kim Novak.

The Diary of Anne Frank

Strasberg originated the title role in the Broadway production of The Diary of Anne Frank, directed by Garson Kanin, which ran for 717 performances from 1955 to 1957. Brooks Atkinson wrote that she was "a slender, enchanting young lady with a heart-shaped face, a pair of burning eyes, and the soul of an actress."

During her run on the show she did The Cradle Song with Helen Hayes on TV.

The success of the play led to numerous film offers. She decided on the lead in Stage Struck (1958), directed by Sidney Lumet. It was a remake of Morning Glory (1933) with Katharine Hepburn. According to one obituary, "It had seemed as if the beautiful, dark-haired actress might have an impact equal to that made by Jean Simmons and Audrey Hepburn as ingenues."

Strasberg was not cast in the George Stevens film version of Anne Frank. Several reasons have been suggested for this: that Stevens did not want to deal with the influence of Strasberg's mother, Paula, and that Stevens saw Strasberg at the end of the play's run when her performance had become tired. Strasberg did not test for the role.

Strasberg's next appearance on Broadway was in Time Remembered (1957–58) by Jean Anouilh with Richard Burton and Helen Hayes. It was another success and ran for 248 performances.

Strasberg continued to guest star on TV shows like Westinghouse Desilu Playhouse, Play of the Week (a production of The Cherry Orchard with Hayes), and Our American Heritage.

She was in the cast of the New York City Centre production of William Saroyan's The Time of Your Life that played at the Brussels World Fair in 1958. It was filmed for Armchair Theatre.

Strasberg appeared in Sean O'Casey's The Shadow of a Gunman (1958–59) for Jack Garfein alongside members of the Actors Studio; it ran for 52 performances. Brooks Atkinson said she had "willowy freshness".

In 1959 she toured with Franchot Tone in Caesar and Cleopatra.

She went to Europe to star in the Italian–Yugoslav Holocaust film Kapò (1960), which was nominated for an Academy Award as its year's Best Foreign Language Film.

Strasberg based herself in Italy for the next few years. "I wanted to see what it was like when I was alone," she said.

She traveled to England to make Scream of Fear (1961) for Hammer Films, and in Italy did Disorder (1962) with Louis Jourdan and the Hollywood film Hemingway's Adventures of a Young Man (1962).

Strasberg returned to the US to appear on Broadway in The Lady of the Camellias (1963) directed by Franco Zeffirelli. The director said Strasberg had the qualities of being "romantic, cynical, classical, contemporary." The show only ran 13 performances.

She made The High Bright Sun (1965) in England then went back to TV: Run for Your Life, The Legend of Jesse James (starring Christopher Jones, who became her husband), The Big Valley and The Invaders.

In the late 1960's & 1970s Strasberg did mostly TV: The Big Valley, The Virginian, Bonanza, Lancer, The Name of the Game, Premiere, The F.B.I., CBS Playhouse, Marcus Welby, M.D., The Streets of San Francisco, Night Gallery, McCloud, Alias Smith & Jones, The Sixth Sense, Assignment Vienna, The Wide World of Mystery, The Evil Touch, Owen Marshall, Counselor at Law, The Rockford Files, and Mannix. "I did mediocre things because that way I didn't have to test myself," she said later. "I had a tremendous need not to shame my father."

In 1976 she appeared in a short film directed by Lee Grant called The Stronger, based on a play by August Strindberg, which she said reignited her passion for acting.

In 1980 she published a memoir, Bittersweet, because she said her career was "stalled. . . . It seemed totally untenable to me, acting for 25 years—I had played Juliet, Cleopatra, and Anne Frank—and there I was, sitting in Hollywood just waiting for somebody to want me."

"I love acting," she said in 1983. "I mean, I can't quite conceive of not doing it. But it's less important to me since I started writing, because I really like writing. And I really enjoy, I love lecturing and speaking and having that kind of contact with people too."

In 1993 she was a jury member for the 43rd Berlin International Film Festival.

Strasberg wrote two best-selling books. Bittersweet was an autobiography in which she wrote about her tumultuous relationships with her parents and with actors Richard Burton and Christopher Jones, as well as with her own daughter's struggles with a heart defect. She received a $100,000 advance for it and sold paperback rights for $300,000.

Marilyn and Me: Sisters, Rivals, Friends (1992) was about Strasberg's friendship with Marilyn Monroe, whom she called a "surrogate sister" and a "member" of the Strasberg family for many years.

Strasberg was working on a third book about her personal spiritual journey at the time of her death entitled Confessions of a New Age Heretic.

Before her marriage, Strasberg had relationships with Bobby Driscoll, Warren Beatty, Cary Grant, and Richard Burton.

On September 25, 1965, Strasberg married actor Christopher Jones, with whom she had appeared in an episode of The Legend of Jesse James in Las Vegas.

Their daughter, Jennifer Robin, was born six months later. The couple divorced in 1968. Jennifer was born with a congenital birth defect, which Strasberg blamed on her and Jones's drug-taking.

In the mid 1990s Strasberg was diagnosed with breast cancer. Although believed to be in remission, she died of the disease at her home in New York City on January 21, 1999, at the age of 60.

The contents of this page are sourced from Wikipedia article on 24 Jan 2020. The contents are available under the CC BY-SA 4.0 license.
View Susan Strasberg 's image gallery
Image Gallery 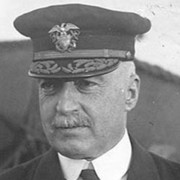