Susan Kare (/ˈsuːzən ˈkɛər/; born February 5, 1954) is an artist and graphic designer best known for her interface elements and typeface contributions to the first Apple Macintosh in the 1980s. She was also Creative Director (and one of the original employees) at NeXT, the company formed by Steve Jobs after he left Apple in 1985 and has since contributed at Microsoft, IBM, Facebook, and Pinterest. She has worked for Microsoft, IBM, Pinterest and Facebook.

Kare joined Apple Computer after receiving a call from high school friend Andy Hertzfeld in the early 1980s. A member of the original Apple Macintosh design team, she worked at Apple starting in 1982 (Badge #3978). Kare was originally hired into the Macintosh software group to design user interface graphics and fonts; her business cards read "HI Macintosh Artist". Later, she was a Creative Director in Apple Creative Services working for the Director of that organization, Tom Suiter.

She is the designer of many typefaces, icons, and original marketing material for the original Macintosh operating system. Descendants of her groundbreaking work can still be seen in many computer graphics tools and accessories, especially icons such as the Lasso, the Grabber, and the Paint Bucket. These designs created the first visual language for Apple's new point-and-click computing. A presentation at the Layers Design Conference in San Francisco revealed that the Command icon on Apple keyboards was originally a symbol used to denote notable and interesting features at Swedish Campgrounds.

Kare was an early pioneer of pixel art. Her most recognizable works from her time with Apple are the Chicago typeface (the most prominent user-interface typeface seen in classic Mac OS interfaces from System 1 in 1984, to Mac OS 9 in 1999, as well as the typeface used in the first four generations of the Apple iPod interface); the Geneva typeface; the original monospace Monaco typeface; "Clarus the Dogcow"; the "Happy Mac" icon (the smiling computer that welcomed Mac users when starting their machines), and the Command key symbol on Apple keyboards.

Her icons drew from many sources such as art history, wacky gadgets, and forgotten hieroglyphics. On the Mac her concept for the command symbol was taken from the Saint Hannes cross, which was a symbol for a "place of interest."

After leaving Apple, Kare joined NeXT as the 10th employee and then became a designer, working with clients such as Microsoft and IBM. Her projects for Microsoft included the card deck for Windows 3.0's solitaire game, which taught many to use a mouse to drag and drop objects on a screen. She also designed numerous other icons and design elements for Windows 3.0. Many of her icons, such as those for Notepad and various Control Panels, remained essentially unchanged by Microsoft until Windows XP. For IBM, she produced icons and design elements for the ill-fated OS/2; for Eazel she contributed iconography to the Nautilus file manager.

In 2003, she became a member of the advisory board of Glam Media (now Mode Media).

Between 2006 and 2010, she produced icons for the "Gifts" feature of Facebook. Initially, profits from gift sales were donated to the Susan G. Komen for the Cure foundation. After Valentine's Day 2007, the gift selection was modified to include new and limited edition gifts that did not necessarily pertain to Valentine's Day. One of the gift icons, titled "Big Kiss" is also featured in some versions of Mac OS X as a user account picture.

In 2007, she designed the identity, icons and website for Chumby Industries, Inc., as well as the interface for their Internet-enabled alarm clock.

Since 2008, The Museum of Modern Art store in New York City has carried stationery and notebooks featuring her designs. In 2015 MoMA also acquired her notebooks of sketches that led to the early Mac icons.

In August 2012, she was called as an expert witness by Apple in the company's patent-infringement trial against industry competitor Samsung (see Apple Inc. v. Samsung Electronics Co.).

In 2015, Kare was hired by Pinterest as a product design lead. As of 2010, she heads a digital design practice in San Francisco and sells limited-edition, signed fine-art prints. She currently uses Adobe Photoshop and Adobe Illustrator to make her designs and logos.

She is married and has three sons.

The contents of this page are sourced from Wikipedia article on 03 Jan 2020. The contents are available under the CC BY-SA 4.0 license.
View Susan Kare 's image gallery
Image Gallery 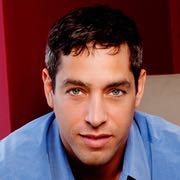 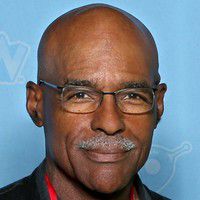 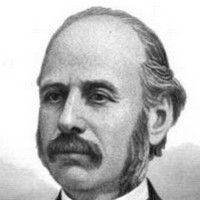