Susan Harris (born October 28, 1940) is an American television comedy writer and producer.
Harris created numerous TV series: Fay, Soap, Loves Me, Loves Me Not, Benson, It Takes Two, The Golden Girls, Empty Nest, Nurses, Good & Evil, The Golden Palace and The Secret Lives of Men. She also wrote or co-wrote all of the episodes of Soap. Her most successful show was The Golden Girls. Harris married television producer Paul Junger Witt on September 18, 1983; he co-produced all the shows she created. She was married from 1965 to 1969 to actor Berkeley Harris, and is the mother of Sam Harris. The first script Harris sold was Then Came Bronson. She then wrote for Love, American Style, All in the Family, The Partridge Family and the TV adaptation of Neil Simon's Barefoot in the Park. Her abortion episode for the Bea Arthur-starring series Maude in the 1970s won Harris the Humanitas Prize. She would later work with Arthur again in the 1980s when Arthur took one of the lead roles in The Golden Girls.
Harris has chronic fatigue syndrome, which affected her ability to participate in the production of The Golden Girls. In an episode of that show titled "Sick and Tired" (1989), Harris wrote some of her struggles into the storyline where Arthur's character Dorothy was diagnosed with chronic fatigue syndrome.
Harris formed the production company Witt/Thomas/Harris Productions with Paul Junger Witt and Tony Thomas. She was honored with the Writers' Guild's Paddy Chayefsky Award in 2005 and inducted into the Television Academy Hall of Fame in 2011.

Member of the Texas State Senate 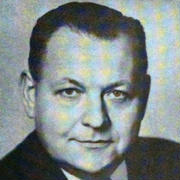