Susan Charlotte (born July 21, 1954) is an award-winning American playwright, screenwriter and author.
Best known as a playwright, Charlotte was the inaugural recipient of the prestigious Joseph Kesselring Prize. She is the founder of the award-winning theatre company Food For Thought Productions and the non-profit theatre company Cause Celebre. She is the author of such plays as The Shoemaker and Love Divided By/Times Three

She has written ten full-length plays and forty one-acts. Her plays have enjoyed productions for over twenty years including the 2011 Off-Broadway premiere of "The Shoemaker" starring Danny Aiello and directed by Antony Marsellis, who also directed the film version entitled "Something Like That" with Danny Aiello, Margaret Colin, Bob Dishy, Judith Light, Laila Robins, and John Shea; "Love Divided By/Times Three" directed by Antony Marsellis and starring Marilyn Sokol,with an original score by Billy Goldenberg ("Ballroom"); and "The Hairdresser" starring Kathleen Chalfant and Maria Tucci.

She also founded a school for writers, Prism Playhouse and two theatre companies—Food For Thought Productions (winner of the National Arts Club Gold Medal in drama) where she premiered plays by Tennessee Williams, Tony Kushner and Lynn Redgrave and the not-for-profit theatre, Cause Celebre.

Her film credits include: A Broken Sole (2006), which was released theatrically in 2007,directed by Antony Marsellis starring Danny Aiello and; Come On (2000), which premiered at the Hamptons International Film Festival; and Love Divided By (based on her play) which has an original score by Philip Glass and was chosen to open MoMA's Titus II theatre.

She has written two books, "Creativity" and "Creativity in Film," a book of interviews with 'fourteen of the industry's finest, from the director to the lighting designer, discussing the work behind the magic.'. 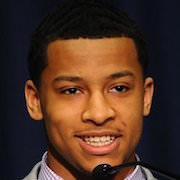