Squadron Leader Suresh Kalmadi (born 1 May 1944) is an Indian politician and senior sports administrator. He was formerly a member of the Indian National Congress. He was a member of parliament from Pune till May 2014. He is alleged to have been involved in corrupt practices in relation to the 2010 Commonwealth Games during his tenure as president of Indian Olympic Association and chairman of Common Wealth Games 2010. He was charged with conspiracy, forgery, misconduct and under provisions of the Prevention of Corruption Act and later arrested for the same in April 2014, but as has yet not faced trial. In Dec 2016, the Indian Olympic Association(IOA) named Suresh Kalmadi as its lifetime patron. However, he was forced to decline the post because of his corrupt practices.

Kalmadi was born to Dr. K. Shamrao Kalmadi and Shanta Rao Kalmadi. He was educated at St. Vincent's High School and Fergusson College, Pune. Kalmadi joined the National Defence Academy in 1960 and was commissioned as a pilot in the Indian Air Force, serving between 1964 and 1972. He then became an instructor with the Air Force Training Team of the NDA from 1972 to 1974 before retiring from the IAF as a squadron leader.

He is married to Meera Kalmadi. The couple have two daughters and one son.

In 1977, Kalmadi became the President of the Indian Youth Congress, Pune, and the very next year took over President-ship of the Youth Congress, Maharashtra, a post he held from 1978 to 1980. In 1980, as the President of the Maharashtra Athletics Association, Kalmadi undertook the selection trials for the Marathon team to represent the country at the Moscow Olympics. This soon led to the establishment of the Pune International Marathon.

Kalmadi served as president of the Indian Youth Congress (Socialist) 1981-1986.

Kalmadi took over as the Chairman of the Maharashtra Tourism Development Corporation and in 1989 started the Pune Festival. Suresh Kalmadi at the inauguration of the First World Konkani Convention in 1995. He is dressed in a black coat, to the right.

Corruption related to Formula One 2011

Mr Kalmadi, as the Indian Olympic Association, signed an agreement to bring the Formula One Grand Prix to India in 2007. Later that year, the UK-based organizers Formula One Administration Limited signed a Rs 1600-crore contract in this regard with India-based JPSK Sports Private Limited. Records obtained by The Indian Express showed that Pune-based Sulba Realty Private Limited was a 13% shareholder in JPSK, along with Jaypee Group (74%). Kalmadi's son Sumeer was a director in Sulba Realty at the time, which would have implied a conflict of interest. While the JP in JPSK stood for Jaypee Group, it was alleged that the SK was a reference to Suresh/Sumeer Kalmadi. Records from the Registrar of Companies, India showed that a year after the company was floated, Kalmadi's daughter, Payal Aditya Bhartia, and his son-in-law, Aditya Bhartia, joined JPSK as independent directors.

Kalmadi's conduct around the 2010 Commonwealth Games came under scrutiny, with the Central Vigilance Commission(India's anti-corruption organisation) asking the Central Bureau of Investigation to probe certain aspects of the games' organisation. For this, the opposition demanded Kalmadi's resignation.

On 25 April 2011, CBI arrested former CWG Organising Committee (OC) chairman Suresh Kalmadi in the Timing-Scoring-Result (TSR) case. He was arrested under Sections 120 B (criminal conspiracy) and 420 (cheating) of the Indian Penal Code.

On 20 May 2011, CBI filed the first chargesheet in a special CBI court against Kalmadi. The CBI alleged that he was the main accused in awarding TSR system contract to a Swiss firm. The charge sheet said, "Kalmadi is the main accused as he was the person with all supreme powers. He had the supreme over-riding powers in the Organising Committee of the CWG, 2010." In addition to Kalmadi, the CBI named two companies and eight persons including OC former Secretary General Lalit Bhanot and former Director General VK Verma as accused.

Kalmadi's membership of the Indian National Congress Party was suspended after being arrested and charged with corruption. On 26 April 2011 he was sacked from the post of president of the Indian Olympic Association. Later on, on 1 July 2013 he lost the election for the post of President of the Asian Athletics Association, a post which he had held for 13 consecutive years, losing to Qatar's Dahlan Jumaan Al-Hamad.

Suresh Kalmadi was in jail for 10 months and the court asked him to pay a surety amount of Rs. 500,000. Kalmadi was allowed by a Delhi court on 13 July 2012 to go to London for 2012 Olympics. He was, however, restrained on 25 July 2012 by the Delhi High court from participating in the opening ceremony of the London Olympics, saying his participation can cause "embarrassment" to the nation.

He claimed to be suffering from dementia during course of investigation while in Tihar jail. Medical tests were not conclusive to be able to prove his claim. 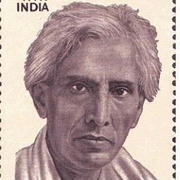