Sunderlal Bahuguna (born 9 January 1927) is a noted Garhwali environmentalist, Chipko movement leader and a follower of Mahatma Gandhi's philosophy of Non-violence and Satyagraha. This idea of chipko movement was of his wife and the action was taken by him. For years he has been fighting for the preservation of forests in the Himalayas, first as a member of the Chipko movement in the 1970s, and later spearheaded the Anti-Tehri Dam movement starting 1980s, to early 2004. He was one of the early environmentalists of India, and later he and people associated with the Chipko movement later started taking up environmental issues, like against large dams.
He was awarded the Padma Vibhushan, India's second highest civilian honour, on 26 January 2009.

Sunderlal Bahuguna was born in village Maroda near Tehri, Uttarakhand on 9 January 1927. He claimed in a function arranged at Kolkata, that his ancestors bearing surname Bandopadhyaya, migrated from Bengal to Tehri, some 800 years ago. Early on, he fought against untouchability and later started organising hill women in his anti-liquor drive from 1965 to 1970. He started social activities at the age of thirteen, under the guidance of Shri Dev Suman, who was a nationalist spreading message of non-violence and he was with Congress party of Uttar Pradesh (India) at the time of Independence. Bahuguna also mobilised people against colonial rule before 1947. He adopted Gandhian principles in his life and married his wife Vimla with the condition that they would live among rural people and establish ashram in village. Inspired by Gandhi, he walked through Himalayan forests and hills, covering more than 4,700 kilometres by foot and observed the damage done by mega developmental projects on fragile eco-system of Himalaya and subsequent degradation of social life in villages.

Chipko movement was started in 1973 spontaneously in [Uttar Pradesh], in an effort to save trees and forests from felling by forest contractors. In Hindi, "Chipko" literally means "to stick" and people started sticking to trees when it was being cut. Chipko movement later inspired Appiko Movement in Karnataka. One of Sunderlal Bahuguna's notable contributions to that cause, and to environmentalism in general, was his creation of the Chipko's slogan "Ecology is permanent economy." Sunderlal Bahuguna helped bring the movement to prominence through about 5,000-kilometer trans-Himalaya march undertaken from 1981 to 1983, travelling from village to village, gathering support for the movement. He had an appointment with the then Indian Prime Minister Indira Gandhi and that meeting is credited with resulting in Ms. Gandhi's subsequent 15-year ban on felling of green trees in 1980. He was also closely associated with Gaura Devi, one of the pioneers of the movement. A protest message against Tehri dam, which was steered by Sundarlal Bahuguna for years. It says "We don't want the dam. The dam is the mountain's destruction."

He has remained behind the anti-Tehri Dam protests for decades, he used the Satyagraha methods, and repeatedly went on hunger strikes at the banks of Bhagirathi as a mark of his protest. In 1995, he called off a 45-day-long fast following an assurance from the then Prime Minister P.V. Narasimha Rao of the appointment of a review committee on the ecological impacts of the dam, thereafter he went on another long fast another fast which lasted for 74 days at Gandhi Samadhi, Raj Ghat, during the tenure of Prime Minister, H.D. Deve Gowda, he gave personal undertaking of project review. However, despite a court case which ran in the Supreme Court for over a decade, work resumed at the Tehri dam in 2001, following which he was arrested on 20 April 2001.

Eventually, the dam reservoir started filling up in 2004, and on 31 July 2004 he was finally evacuated to a new accommodation at Koti, a little hillock, along the Bhagirathi where he lives today, continues his environment work.

Sunderlal Bahuguna has been a passionate defender of the Himalayan people, working for temperance, the plight of the hill people (especially working women). He has also struggled to defend India's rivers. 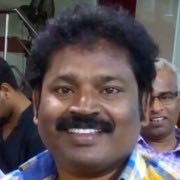 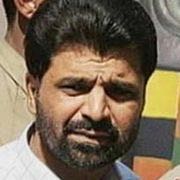