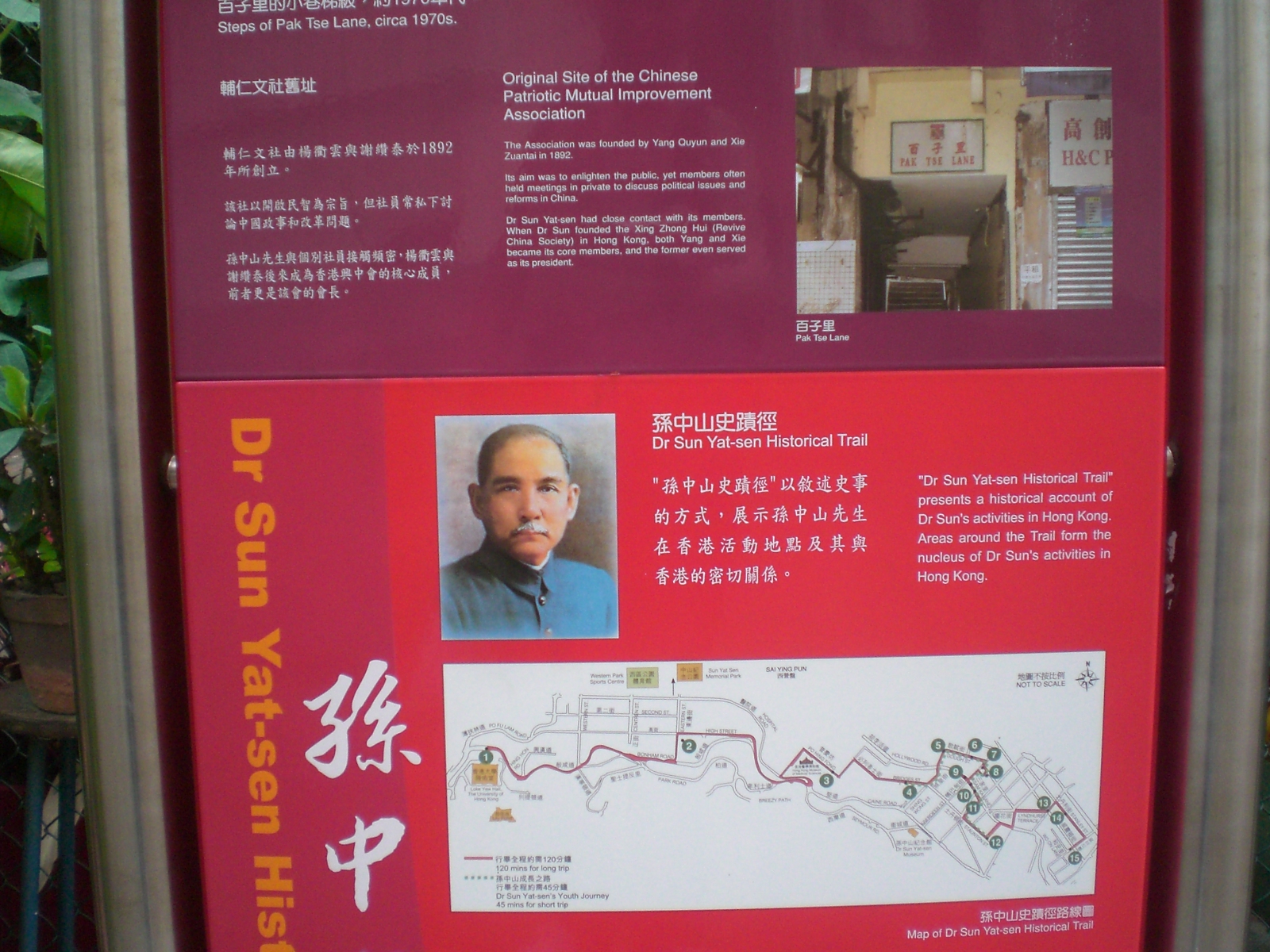 Sun Yat-sen University (Chinese: 中山大学; pinyin: Zhōngshān Dàxué), abbreviated SYSU and colloquially known in Chinese as Zhongda (Chinese: 中大; pinyin: Zhōngdà), also known as Zhongshan University, is a major Chinese public research university located in Guangdong, People's Republic of China. It was founded in 1924 by Dr.Sun Yat-sen, a revolutionary and the founding father of the Republic of China.

The school's main campus, commonly referred to as the South Campus, is located in Haizhu District, Guangzhou, inheriting the campus of the former Lingnan University. Three of its four campuses are also located in Guangzhou, including the new East Campus in the Guangzhou Higher Education Mega Center, and the medically oriented North Campus. The school also has a new campus in Zhuhai, which is the largest among the four campuses. In history, all the Sun Yat-sen Universities were the products of one-party state, based-on the political ideology with socialism characteristics, and found for national development needs.

Lingnan University (Chinese: 岭南大学) was a private university established by a group of American missionaries in Guangzhou in 1888. At its founding it was named Canton Christian College (格致书院).

The Hackett Medical College for Women (夏葛女子医学院, the first medical college for women in China) and its affiliated hospital known as David Gregg Hospital for Women and Children (柔济医院), located in Guangzhou, China, were parts of a medical center that was founded by female medical missionary Dr. Mary H. Fulton (1854-1927). Dr. Fulton was sent by the Foreign Missions Board of the Presbyterian Church (USA), with the support of the Lafayette Avenue Presbyterian Church of Brooklyn, New York, of which David Gregg was pastor The College was dedicated in 1902 and offered a four-year medical curriculum. At the end of 1932, the medical center was registered and put under the control of the Chinese government. Furthermore, it affiliated with Guangzhou Hospital and Lingnan University to form the Sun Yat-Sen Medical College in 1936.

In 1988, Lingnan College was reestablished within Sun Yat-sen University and is now one of the top schools of economics and management in China.

Sir Run Run Shaw, GBM, CBE (c. November 1907 – 7 January 2014), also known as Shao Yifu and Siu Yat-fu, was a Hong Kong entertainment mogul and philanthropist. He was one of the most influential figures in the Asian entertainment industry.[4] He founded the Shaw Brothers Studio, one of the largest film production companies in Hong Kong, and TVB, the dominant television company in Hong Kong.

A well-known philanthropist, Shaw donated billions of Hong Kong dollars to educational institutions in Hong Kong and mainland China. More than 5,000 buildings on Chinese college campuses bear his name,[5] as does Shaw College of the Chinese University of Hong Kong. He also established the Shaw Prize, often referred to as the Nobel Prize of Asia.

Xu is currently considered to be one of the world's best players in xiangqi, or Chinese chess.

Tianya Club (mandarin: Tianya 天涯 "End of the World" Club) is one of the most popular Internet forums in China.[1] As of 2015, it is ranked by Alexa as the 11th most visited site in the People's Republic of China and 60th overall.[2] It was founded on 14 February 1999.

The university's Schools & Departments are as follows:

The university also consists of various other international institutes such as:

The school has established collaborative academic exchanges and programs with over 80 international institutions, such as University of California, Los Angeles, University of Oxford, University of Hawaii at Manoa, Queen's University, IE Business School, City University of Hong Kong and so on. It has also built strategic partnerships with leading multinational companies, such as IBM, DHL, Coca-Cola, Allianz Group and so on, and with a myriad of local partners such as ICBC, Bank of China.

Since 2015, Lingnan (University) college is also triple-accredited by AACSB,EQUIS and AMBA. The college is originated from Lingnan University (Chinese: 岭南大学), a renowned private university established by a group of American missionaries in 1888.

The Lingnan IMBA is the first English-taught MBA program in China, which is in cooperation with the Sloan School of Management at the Massachusetts Institute of Technology (MIT). The IMBA program adopts MIT Sloan’s MBA curricula, textbooks, cases, and other teaching materials. During the first semester, Lingnan students have the opportunity to apply to MIT Sloan’s MSMS program. Through this two-year, dual-degree program, students can earn an international MBA from Lingnan and a master's degree in management studies from MIT Sloan.

Founded as Ophthalmic Hospital in Canton by American Peter Parker in 1835. It originally dealt with diseases of the eye, but later treated other ailments. It later became the Canton Hospital.

Sun Yat-sen University Cancer Center is a level III (highest rank in China) and class A hospital. It was awarded as “key subject of China” in 2001. In 1980, SYSUCC was designated as World Health Organization (WHO) Collaborating Center for research on cancer. Since 2003, SYSUCC became a sister institution of the University of Texas MD Anderson Cancer Center. In 2004, SYSUCC has set up a joint laboratory with Karolinska Institutet of Sweden for research in immunotherapy, molecular virology and oncological epidemiology.

Sun Yat-sen University Ophthalmologic Center is the first and leading advanced ophthalmic center and the last resort for advanced eye care in China, integrating eye care, teaching, eye research and blindness prevention. It is also one of the 20 largest general ophthalmic centers in the world. In 2006, Sun Yat-sen University Ophthalmic Center was approved to be the State Key Laboratory of Ophthalmology, the only one of its kind in China.

The university's system of libraries is one of the largest in China. By December 2012, it held more than 6 million paper volumes, including periodicals.

In June 2005, Harvard College Library of Harvard University donated 158,000 volumes in Hilles Library to Sun Yat-sen University. Developed over a century, the collection is composed of titles in the humanities and social sciences, primarily in English, but also in Western foreign languages. Nature Publishing Index shows both Research Articles (Articles, Letters & Brief Communications) and Reviews, published in Nature and/or Nature research journals. The rankings are based on the number of papers that were published during the last 12 months. In time range of 01.07.2013-06.30.2014, Sun Yat-sen University is ranked #5 among Chinese Universities. The south campus of Sun Yat-sen universities is one of the most 10 beautiful campuses in China. It is located in Haizhu District, Guangzhou, and covers a total area of 1.17 square kilometers. It mainly hosts disciplines in sciences and humanities.

The North Campus is located in Yuexiu District, Guangzhou, and covers an area of 0.39 square kilometers. It is a campus mainly for disciplines in medical sciences.

The East Campus is located at the north end of the Guangzhou Higher Education Mega Center in Xiaoguwei, Panyu, and covers an area of 1.13 square kilometers. The Guangzhou University City is a major development made by the People’s Government of Guangdong Province in an effort to implement the strategy of building Guangdong through science and education. The first batch of students started school there in September 2004.

The Zhuhai Campus is located at Tang Jia Wan, Zhuhai City, and covers an area of 3.48 square kilometers. Freshmen and sophomores of some disciplines in liberal arts, natural sciences, and medical sciences are currently living and studying on campus with students from the School of Network Education and Continuing Education.

The Shenzhen Campus is located at Guangming New District in Shenzhen City, and covers an area of 3.217 square kilometers, it's under construction from 2016 and proposed to open at September 2018. 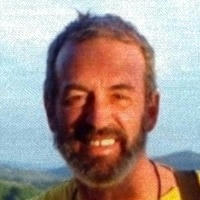