Sun Jun (Chinese: 孙军, born June 22, 1969 in Changchun, Jilin, China) is a retired Chinese professional basketball player who later served as a coach and general manager for the Jilin Northeast Tigers, as well as an assistant basketball coach with the Chinese national team. Standing 1.98 meters (6'6") tall, he played at the small forward position.

Sun Jun spent his entire playing career with the Jilin Northeast Tigers and helped the team gain membership in the Chinese Basketball Association (CBA) in 1998. He set the league record by scoring 70 points in 139–94 win over the Jinan Army squad on December 17, 2000, a mark which stood for nearly a decade until it was broken in March 2010. Sun was an eight-time CBA All-Star, won the CBA regular season MVP award in 1999 and 2003, and led the league in scoring in 1999, 2001, and 2003.

After serving as a player-coach with the Jilin Northeast Tigers for several years, Sun eventually became the club's CEO and general manager. After an ownership shake-up pushed him out in 2007, he moved to the national team as an assistant coach, before eventually returning to fill various roles in Jilin's front office.

The contents of this page are sourced from Wikipedia article on 13 Mar 2020. The contents are available under the CC BY-SA 4.0 license.
comments so far.
Comments
From our partners
Sponsored
Reference sources
References
http://www.cba.gov.cn/cbastats/datarecord.aspx?teamno=allteam&startgame=1995&endgame=2008&subtitle=all
http://cbachina.sports.sohu.com/20141209/n406291855.shtml
https://www.stabroeknews.com/2010/sports/03/09/emmett-outshines-marbury-with-record-71-pts-in-china/
https://www.seattletimes.com/sports/rocky-start-in-chinas-rudimentary-basketball-league/
//www.google.com/search?&q=%22Sun+Jun%22+basketball+site:news.google.com/newspapers&source=newspapers
//scholar.google.com/scholar?q=%22Sun+Jun%22+basketball
https://www.jstor.org/action/doBasicSearch?Query=%22Sun+Jun%22+basketball&acc=on&wc=on 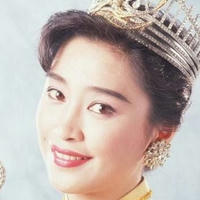