Summer Marjani Walker (born April 11, 1996) is an American singer and songwriter. She is signed to LoveRenaissance and Interscope Records. Her commercial mixtape Last Day of Summer was released on October 19, 2018. Her debut studio album, Over It was released on October 4, 2019 and received universal acclaim from critics. The album debuted at number two on the Billboard 200 chart with 134,000 album-equivalent units in its first full tracking week. Summer Walker made history when her debut album earned the biggest streaming debut ever for a female R&B artist. Walker also was the recipient for 'Best New Artist' at the 2019 Soul Train Music Awards.

Walker was born in Atlanta, Georgia to a British father and an American mother, who eventually divorced. From 2016 to 2018, Walker had a small cleaning business, while she was simultaneously stripping in Atlanta. She taught herself how to play the guitar by watching tutorials on YouTube.

Walker was discovered by a woman who has the same name as her and works as the studio manager of an Atlanta-based label LoveRenaissance. On October 19, 2018, Summer Walker released her debut commercial mixtape Last Day of Summer, supported by her lead single "Girls Need Love". Her album contained her thoughts on love, doubt, and womanhood. In late 2018, she went on tour with 6LACK on the From East Atlanta With Love Tour. Following the success of her album, Apple Music named Summer Walker as its newest Up Next artist in 2019, and became the #8 R&B artist worldwide across Apple Music. On January 25, 2019, she released her first EP titled CLEAR, consisting of four tracks of acoustic recordings. On February 27, 2019 she released the remix to her song "Girls Need Love" with Drake.

On August 23, 2019, Summer Walker released "Playing Games" as the first single for her debut studio album, Over It. The song, which contains an interpolation of Destiny's Child's number-one hit "Say My Name" was produced by London on da Track. On September 12, 2019, Walker revealed that Over It would release on October 4 via LVRN/Interscope Records. Along with her album announcement, she shared the official artwork. She will support Over It with her accompanying The First and Last Tour, which kicks off on October 20. Due to her social anxiety, Walker canceled the remaining 20 out of 29 dates on the tour committing to 9 of them. On November 17, 2019 Summer Walker won her first BET Soul Train Music Award for Best New Artist, she later received backlash from fans for her short speech and was accused of faking her social anxiety.

Walker has said that she draws inspiration from Amy Winehouse, Jimi Hendrix, and Erykah Badu. Her sound has been described as slow groove R&B.

The contents of this page are sourced from Wikipedia article on 18 May 2020. The contents are available under the CC BY-SA 4.0 license.
View Summer Walker 's image gallery
Image Gallery 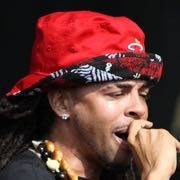 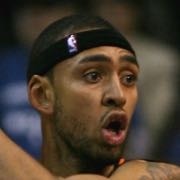