Sukma Ayu (10 November 1979 – 25 September 2004) was an Indonesian actress and director who was most noted for playing Rohaye in the popular TV sitcom Kecil Kecil Jadi Manten. She is the daughter of writer and director Misbach Yusa Biran and actress Nani Widjaja.

Sukma Ayu was the fourth child of popular Indonesian writer and director Misbach Yusa Biran and actress Nani Widjaja. Her sister Chaya Kamila is also a film actress. After appearing as a model in advertisements for Emeron, Jas Juice etc., Sukma made her debut in television with the serial Wajah Perempuan. Subsequently she also appeared in other television soaps such as Terpesona , Jin & Jun and Doa dan Anugerah. However it was the 2002 sitcom Kecil-Kecil Jadi Manten that gave her wide recognition, critical acclaim and popularity among the audience. She played the lead role in the show, a tomboy named Rohaye. She shaved her head and undertook football coaching for her role. The show is widely considered as one of the best Indonesian teenage sitcoms.

In 2004, Sukma Ayu was also the center of a scandal when a series of obscene photos purportedly showing her with her ex-boyfriend musician Bjah, were circulated in the media. Both of them denied the authenticity of the photos.

On April 9, 2004 Sukma Ayu suffered a fall at Central Jakarta while enjoying the weekend with her colleagues and had to undergo a surgery for a cut caused to her harm due to the fall. However following the surgery, she developed a hematoma and slipped into coma. She remained in coma for 5 months, and on September 25 she lost her life due to a heart attack. She was buried at TPU Sukma Stone Tread, Ciomas, Bogor.

The contents of this page are sourced from Wikipedia article on 24 Jun 2020. The contents are available under the CC BY-SA 4.0 license.
View Sukma Ayu 's image gallery
Image Gallery 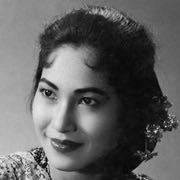