Sukhjinder Singh Randhawa (born 1 February 1959) is an Indian politician and a member of Indian National Congress. He is a Member of Punjab Legislative Assembly(MLA) and represents Dera Baba Nanak

Sukhjinder Singh was born at Dharowali village, tehsil Dera Baba Nanak in Gurdaspur district. His father's name is Santokh Singh who served as Punjab congress chief twice and was one of the most senior congressmen in his time. Sukhjinder completed his Matric education from Government school, Chandigarh in 1975.

Randhawa first successfully contested for Punjab Legislative Assembly from Fatehgarh Churian in 2002 defeating Akali dal's Nirmal Singh Kahlon. In 2012, he was elected from new constituency Dera Baba Nanak. He was one of the 42 INC MLAs who submitted their resignation in protest of a decision of the Supreme Court of India ruling Punjab's termination of the Sutlej-Yamuna Link (SYL) water canal unconstitutional.

The contents of this page are sourced from Wikipedia article on 02 Aug 2020. The contents are available under the CC BY-SA 4.0 license.
comments so far.
Comments
From our partners
Sponsored
Reference sources
References
http://eci.nic.in/eci_main/StatisticalReports/AE2012/Stats_Report_PB_2012.pdf
https://web.archive.org/web/20130731015351/http://ppcc.in/?page_id=38
http://ppcc.in/?page_id=38
http://www.punjabassembly.nic.in/index.php/members/detail/15
http://myneta.info/pb2012/candidate.php?candidate_id=141
http://eci.nic.in/eci_main/StatisticalReports/SE_2002/Stat_rep_2002_PB.pdf
http://indianexpress.com/article/india/india-news-india/syl-verdict-42-punjab-congress-mlas-submit-resignation-4369724/ 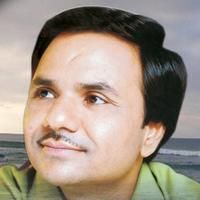 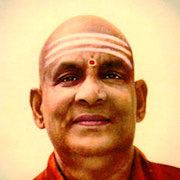