Suho is a native of Seoul and lives in the Seoul area of Apgujeong with his family. During his youth, Suho was the class president in elementary school and the vice-chairman of his school's student body. He graduated from the prestigious Whimoon High School, where he excelled academically.

Suho became a trainee through SM Entertainment's Casting System in 2006 when he was 16 years old, after being discovered on the streets by an SM casting manager. In 2007, he was cast with a cameo role in the Super Junior film Attack on the Pin-Up Boys.

Suho was introduced as the tenth member of Exo on February 15, 2012. The group debuted in April 2012 with the extended play Mama with him as their leader.

In 2013, Suho voiced the main character Bernard for the Korean dub of the animated movie, Saving Santa. He also recorded the movie's original soundtrack of the same name with Apink's Jung Eun-ji.

In January 2015, he starred in SM Entertainment's hologram musical, School OZ, playing the character of Hans alongside labelmates Changmin, Key, Luna, Xiumin and Seulgi. In April 2015, he was a regular cast member in the KBS variety show Fluttering India, where they explored few places in Mumbai,India.

In March 2016, Suho made his big screen debut the indie film One Way Trip, which premiered at the 20th Busan International Film Festival. In April 2016, he was confirmed to be starring in the upcoming web drama How Are U Bread. The series is scheduled to be released in Korea and China. In July 2016, Suho and fellow Exo member Chen released a duet titled "Beautiful Accident" as an original soundtrack for the Chinese movie of the same name.

In January 2017, Suho starred as the male lead in the MBC drama special The Universe's Star, part of the drama trilogy Three Color Fantasy. He also recorded an original soundtrack titled "Starlight" for the drama. In February 2017, Suho collaborated with jazz pianist Song Young-joo on "Curtain", the last single from the Station project's first season. In September 2017, it was confirmed that Suho will be the male lead of the film Female Middle Schooler A.

In March 2018, Suho collaborated with Jang Jae-in and released two duets titled "Dinner" and "Do you have a moment". In May 2018, Suho returned to the small screen with the South Korean adaption of the 2012 Japanese drama Rich Man, Poor Woman. He played the role of an IT company founder which was portrayed by Shun Oguri in the original. Suho also starred in "Student A", is a film adaptation of webtoon which is released in the month of June, 2018. In July till August 2018, Suho starred in the musical The Man Who Laughs, playing the role of Gwynplaine, a pure character who has a monster like face. He received standing ovation and a positive feedback for his role from the audience on the musical's first day.

On October 28, 2019, a VR Film titled "The Present" is released in which Suho played the role of a young entrepreneur Ha-Neul, along with actors like Shin Ha-Kyun and Kim Seul-gi.

On March 30, 2020, Suho released his debut EP, Self-Portrait. He is the fourth member of Exo to debut as a solo artist.

Suho enlisted for his mandatory military service on May 14 as a public service officer.

In 2009, Suho began attending Korea National University of Arts, however, he withdrew from it in 2011 and continued his education at Kyung Hee Cyber University along with fellow Exo members Chanyeol and Baekhyun. There he took classes for the Culture and Arts Department of Business Administration.

All credits are adapted from the Korea Music Copyright Association, unless stated otherwise.

The contents of this page are sourced from Wikipedia article on 21 Jun 2020. The contents are available under the CC BY-SA 4.0 license.
View Suho 's image gallery
Image Gallery 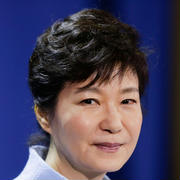 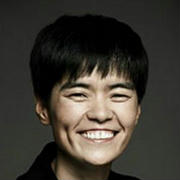