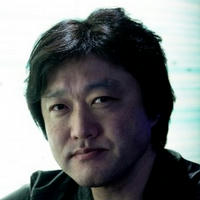 Suguru Goto (後藤 英, Gotō Suguru) is a Japanese composer and new media artist who lives in Paris. He performances using new technology such as projection mapping, Kinect, motion capture and robotics and programming which he invented himself. He integrates dances, sounds and images into the performance, highlighting boundaries between human and machine, reality and virtual. He was also a researcher and invited composer at IRCAM. He is currently assistant professor at Tokyo University of the Arts}.

After he studied composition and piano in Japan, he moved to the United States to continue his studies at New England Conservatory in Boston. He preceded his post-graduate studies at Technical University Berlin and HDK in Berlin, Germany. Under Dieter Schnebel, professor of experimental music, Suguru Goto started his practices in mixing various representations : sound, dance and image. After having pursued his research in IRCAM and Paris University in France, he has been living in Paris for more than 20 years. In 2009, Suguru Goto was invited to Venice Biennale and His work "RoboticMusic" was played there.[1] In 2016, his first book “Emprise[2]” was published in Tokyo. Suguru Goto explains the history and development of computer and electronic music in pursuing movements, since Romantic music. At the same year, his CD “CsO” was published from Athor Harmonics, in Tokyo. To celebrate these publications, Suguru Goto cooperated with three artists; Antoine Schmitt, Lucio Arese and Patrick Defasten to the performance, using sounds of "CsO". This performance was played in March 2016 in Tokyo. He studied composition with Lukas Foss and Earl Brown in U.S.A, and with Robert Cogan at New England Conservatory and Dieter Schnebel in Berlin, Tristan Murail and Philippe Manour at IRCAM, Paris.

In addition to these musical works, Suguru Goto is the author of an important book (in Japanese) about the history and the practices of electroacoustic and computer music. The book discusses the recent interactive techniques that Goto himself knows quite well. The book is called Emprise and was published in 2016 in Japan by Enjoying Culture Editions (bunka o tanoshimu shubbansha).

The contents of this page are sourced from Wikipedia article. The contents are available under the CC BY-SA 4.0 license.
View Suguru Goto 's image gallery
Image Gallery 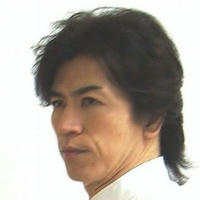 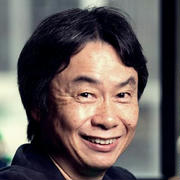 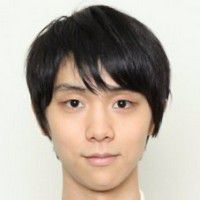