Samir Khullar, better known as Sugar Sammy, is a Canadian comedian, actor, writer and producer from Montreal, Quebec, Canada. His comedy routines are delivered in a mixture of fluent English, French, Punjabi and Hindi.

Samir Khullar was born February 29, 1976 and raised in the Côte-des-Neiges neighbourhood of Montreal, Quebec. At the age of eight he saw Eddie Murphy's 1983 comedy special Delirious, and credits the experience as being a defining moment in his life. From then on, he knew what he wanted to do. Khullar also names Martin Lawrence, Chris Rock and Dave Chappelle as comedic influences.

After early stage experiences in high school École Secondaire La Voie, Khullar attended Marianopolis College while occasionally performing at open-mic nights at the Comedy Works and the Comedy Zone. Continuing to work for recognition on the comedy circuit, he attended McGill University in cultural studies while working as a nightclub promoter. There he received what would later become his stage name, after letting many women into parties for free.

Khullar blends polished material with improvisational comedy and interacts with audience members sitting near the stage. Askmen.com dubbed him "Comedy’s New Rock Star" and The Hollywood Reporter selected him as one of their "Ten Comics to Watch".

On August 21, 2006, Khullar opened for Dave Chappelle at Toronto's Massey Hall. In 2006, he taped his Comedy Now! special, which aired in Canada on the Comedy Network, CTV and A. It also aired on Comedy Central in the United States.

In the summer of 2009, The Gersh Agency signed Sugar Sammy following a strong showing at the Just For Laughs Festival.

He is the first artist chosen by Comedy Central India to tour their country, visiting Mumbai, Bangalore and Delhi in March 2013 with his English/Hindi/Punjabi comedy show.

In 2007 Sugar Sammy appeared in Quebec's Le Show Raisonnable, and in 2009 performed in the French edition of the Just for Laughs Festival. His point of view concerning Quebec politics and culture from the perspective of a minority earned him a standing ovation and "The Revelation of the Year" award. In 2010 he made headlines again by presenting an award alongside Quebec political leader Pauline Marois. He teased her incessantly about sovereignty and the language debate.

Montreal comedian Sugar Sammy’s bilingual show, in the four and a half years since its debut, become a smash with little precedent, the most successful solo comedy show Montreal has ever seen, and one that catapulted its creator from merely being a successful comic to becoming a bonafide star. Through his comedy, his charisma and his evident sense of gratitude at the support he received from fans and the media for an ambitious concept that, if executed even a little bit off-key, could have become a far more polarizing endeavour, it quickly become clear this was one of those rare confluences of ideal messenger, ideal message and ideal time. In July 2016, after setting records in the Province of Quebec- he is the comedian who's sold the most tickets to a debut one-man show in Quebec history, Sugar Sammy announced that, as the curtain comes down on all the You’re Gonna Rire madness, he’ll be heading to France in an effort to conquer that particular market.

Down With the Brown

After traveling across the globe to perform in many comedy festivals and clubs, Sugar Sammy hit the road again in 2007 to present around the world his first one-man show "Down with the Brown". He tackled everything from life in Quebec to his take on sex and race from the perspective of an Indo-Canadian. His debut comedy album followed, Down With the Brown. It was released on January 15, 2008 and coincided with a Canadian tour.

After setting attendance records around the world for sold-out shows in four languages- English, French, Punjabi and Hindi, Sugar Sammy brings the house down across Canada during February–March 2009 with his show Live in Concert. He drew on everything from arranged marriages in his own Indian ancestry to his view on deviant sex, drugs and modern-day relationships. The tour ended in Montreal in March 2009. He then released the DVD Sugar Sammy Live in Concert: Direct from Montreal, which was the number-one best-selling comedy DVD on Amazon.ca for five straight weeks.

In an unprecedented experiment, Sugar Sammy's You're Gonna Rire is the first large-scale Anglo-Franco comedy show in the country. In 2011, he created a show in a language called Franglais, an ode to the common Montreal experience of switching between English and French throughout the day. It was described as "50.5 per cent English, 49.5 per cent French" as a reference to the 1995 referendum results. Initially conceived as a single night at the 1,300-seat Olympia theater, tickets sold so fast that it extended to 45 performances, with a total of 53,000 tickets sold and a run well into April 2013.

In 2012, the bilingual show was also transformed into a fully French-language show entitled En Français S.V.P. ("In French, Please").

Sugar Sammy continues to perform both shows in Montreal, and the French show throughout the province of Quebec. His ranks as the 30th biggest-grossing tour in North America according to Pollstar magazine in May 2013. Two years later, the combined shows had sold over 230,000 tickets, with over 100 sold-out shows performed at the Olympia theatre in Montreal alone.

On July 28th, 2016 Sugar Sammy headlined his last You’re Gonna Rire show in front of a jam-packed crowd at the Place des Festivals in Montreal, a free outdoor gig that was part of the Just For Laughs Festival. Besides this Grande Finale to its tour of Quebec, Sugar Sammy has performed his bilingual show and the all-French version En français svp! 420 times, and sold 371,509 tickets.

In February 2014, Sugar Sammy and French-speaking comedian Simon-Olivier Fecteau launched the ten-episode series Ces gars-là on Quebec’s French V network. A buddy comedy à la Wedding Crashers and Swingers, the show stars the two comedians, is directed by Fecteau, and is written by the two principals and India Desjardins. Inspired by the lives of the two writer-comedians, the series follows their searches for love, their relationships with their families and how they deal with the rules of their own friendship. Unusually, Sammy's English-speaking fans have followed him to a show on a French channel. The successful series was prolonged into a second season.

As the show wrapped its second season in April 2015, it was renewed for a third.

Sugar Sammy’s biggest TV credit is his 72-minute HBO Canada special which became one of the network's highest rated TV specials and a first for any Canadian. The special was eventually acquired by Air Canada and was aired on all international and domestic flights. Due to popular demand, the special was eventually released on DVD, where it went straight to # 1 on the stand-up comedy best-sellers list on Amazon Canada.

The 2012 Grand Prix Créa, which recognizes Quebec's best advertisement of the year, has been awarded to the Sid Lee agency for Vidéotron's English-language Prank Calls campaign featuring Sugar Sammy. Sugar Sammy also won the best actor award for his performance. The campaign aimed at showing its customer-service employees' patience and efficiency, while also mentioning the company's various services. In each spot, Sammy called Videotron's customer service with a bizarre problem designed to test the employees' abilities while highlighting a particular aspect of Vidéotron's services. "The writing and direction are perfect," the jury explained. "Because Sugar Sammy delivers the goods so masterfully, viewers understand everything and laugh a lot." According to Claude Foisy, Vice President, Brand Management, of Videotron. "These are actual calls answered by real employees, who demonstrate their dedication to their mission of providing their customers with the best possible experience". 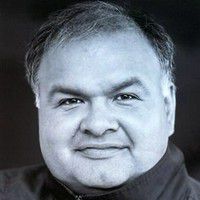 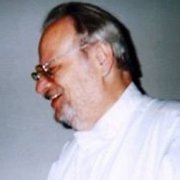 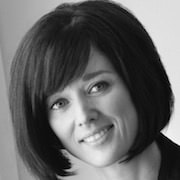