Süleyman Çelebi (1377 – February 17, 1411) was an Ottoman prince (Turkish: şehzade) and a co-ruler of the empire for several years during the Ottoman Interregnum. The name Çelebi is an honorific title meaning gentleman; see pre-1934 Turkish naming conventions.

Süleyman Çelebi was a son of Beyazid I. His mother's name is not known. He fought both in the Battle of Niğbolu (1396) against the Crusaders and the Battle of Ankara (1402) against Temurlane. In the latter, he was in the command of Ottoman left flank. But when the Ottoman army was defeated, he fled to European portion of the empire, also called Rumeli, with Çandarlı Ali Pasha, Beyazid's Grand Vizier.

He signed the treaty of Gelibolu with the Byzantine regent John VII Palaiologos in 1403. (The emperor Manuel II Palaiologos was traveling in West Europe at the time). By this treaty, he gave up certain territories along the Marmara coast to the Byzantine Empire in return for Byzantine support in interregnum. He declared himself as the sultan of the empire in Edirne, the co capital in Rumeli of the Ottoman Empire. But the Asiatic side of the empire, so called Anatolia, was under the control of his two brothers İsa Çelebi and Mehmet Çelebi (future Mehmet I). Süleyman supported İsa against Mehmet. However, Mehmet defeated İsa in several battles in 1406. Afraid of Mehmet's increasing power, Süleyman crossed the straits to reunite the empire. He captured Bursa, the Anatolian capital. But before fighting against his brother, he marched to the Aegean Region to intimidate the small Turkmen principalies (beyliks of Aydin and Menteşe) which had been annexed by the brothers' father Beyazid I, but had broken free after the disastrous Battle of Ankara. He then captured the city of Ankara from Mehmet but did not advance further.

Süleyman returned to Bursa, which gave Mehmet a chance to relax. Mehmet then made an alliance with their brother Musa Çelebi, who was also a contender for the Ottoman throne, sending Musa to the European portion of the empire (Rumelia) via Wallacia (modern Romania, then a vassal of the Ottoman Empire). Because of this plot, Süleyman now had to fight in two fronts on two sides, one in Europe against Musa and one in Anatolia against Mehmet. Süleyman turned his attention to Rumelia against Musa, leaving Anatolia to Mehmet once again. Musa had the support of Wallachians and the Serbs, and Süleyman had the support of the Byzantines. However, the Serbs switched sides and joined Süleyman's forces, and Musa was defeated in the Battle of Kosmidion on 15 June 1410. However, Süleyman was not a willful prince, and to the dismay of his partisans, he began living in extravagance. Especially after the death of his able vizier Çandarlı Ali Pasha, Süleyman's indifference to state affairs caused him to lose supporters. Thus in 1411, when Musa marched to Edirne, Süleyman found almost no one at his side. He tried to escape to Byzantine territories, but on the way, he was murdered on February 17, 1411.

After Süleyman's death, Musa became the ruler of the Rumeli. The alliance between Mehmet and Musa soon broke and the two brothers continued to fight until Musa's defeat and death on July 5, 1413, when Mehmet became the sole ruler of the empire as Mehmet I.

He had three children; 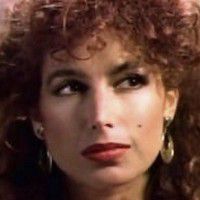