Maria Suceso Portales Casamar (Zahínos, Badajoz, March 4, 1904 – Sevilla, January 23, 1999) was an Extremaduran anarcho-feminist. She was born into an anarchist family; Her siblings Acracio, Juan and Luis were also to be active within the anarchist movement. She was noted for her participation in Mujeres Libres, a libertarian women’s organization, which she joined in 1936, and its periodical. Characterized as a "reactionary", she served as the organization's national vice-secretary. She was also active in Libertarian Youth and Confederación Nacional del Trabajo. Portales was one of the interviewees in Vivir la utopía. She became an exile in the UK in 1939. In November 1964, she began editing the journal Mujeres Libres from London.
When the Spanish Revolution and Civil War broke out she moved to Guadalajara, where she helped advise peasants. She was devoted to improving literacy among peasants and helped found Mujeres Libres groups in Guadalajara, Horche, Yélamos de Arriba, Yélamos de Abajo, Tendilla, Mazuecos, and Mondéjar. When the war was over she fled to the port of Alicante where with 183 others she managed to board the Galatea bound for Britain. In London she was sheltered at the house of Peggy Spenser for some time. [1]
While in London Portales continued to stay connected and participate in activities of the Spanish anarchist movement and kept in touch with the underground resistance back home, where her brother Juan was in jail. She continued to write for Spanish libertarian publications and participate in every demonstration against the Francoist regime, including those to protest the visits of Francoist ministers to London, Fernando María Castiella in July 1960 and Manuel Fraga Iribarne in November 1963. [2]
In 1961 Portales represented the London group of exiles at the Congress of the CNT in Limoges in France. Shortly after she contacted more Spanish libertarian exiles in France and helped refound the Mujeres Libres magazine. She launched a special edition of this entitled Mujeres Libres in Exile. She also contributed to other libertarian publications like Espoir in Toulouse and Frente Libertario in Paris. In 1972 she moved to Montady, near Béziers, in France, where she contributed to Mujeres Libres magazine up until 1976. Shortly after she returned to Spain and began to re-organise the CNT in Guadalajara along with Saturnino Mauricio and others. She took part and spoke at the massive rally of the CNT in San Sebastian de Los Reyes near Madrid in March 1977.[3]
In the 1980s she moved to Novelda in Alicante province and took part in the reconstruction of the Mujeres Libres organisation, though she had certain reservations about the latter orientation of the organization. The last public event she attended was a 60th Anniversary celebration of the founding of Mujeres Libres. Finally she moved to Seville, where he died, at age of 94 on 23 January 1999. [4] 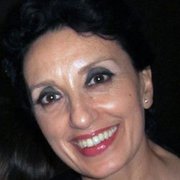