Shortly after graduating from California State College, Long Beach, Rosen got work as a production assistant at KCET. He wrote and starred in the TV series Dusty's Treehouse from 1968 to 1980.

Rosen had also had live-action roles in Rome and The Huntress.

Dusty's Treehouse is a children's television program which starred Stuart Rosen and featured the puppets of Tony Urbano; the show premiered in fall 1975. Rosen was the creator and co-executive producer and based it on a program he developed from 1966–67 on KCET, then an NET station in Los Angeles. The show won eight Emmy Awards.

Dusty's Treehouse originated from KNXT (now KCBS-TV), the local CBS flagship TV station in Los Angeles. It ran from 1970–1980 and was briefly syndicated nationally (including on the rest of the CBS O&O stations), and then appeared in reruns during the inaugural launching of the Nickelodeon children's cable TV network, for four additional seasons.

Carrying on in a traditional style similar to Mister Rogers' Neighborhood and Captain Kangaroo, the show featured Dusty (Rosen) and his amazing custom-built treehouse where anything and everything could happen. Often Dusty had conversations with his puppet-animal friends including Maxine the crow, Scooter the squirrel, and Stanley the red-haired spider in sneakers. Dusty also went on "tree trips" (field trips via balloon & basket) to factories to see how products were made, or to parks, zoos, aquariums, and so on. Other puppets and shadow puppets enacted classic fairy tales, too, including Cinderella, Beauty & the Beast, Puss in Boots, and The Legend of Sleepy Hollow. Topics included school performance, politics, music, behavior vs. misbehavior, kindness to others, good health habits, asking for help, and even "being careful what you wish for," in an episode where Maxine magically becomes an ear of corn, Scooter becomes a walnut, Stanley becomes an apple, and Dusty disappears. Jokes, songs, and comic antics ensued but always with a moral lesson to be learned. Sometimes a serious topic was tackled, ranging from Stanley coping with the death of his pet goldfish, to Scooter being hit by a car for chasing a baseball out into traffic during game practice.

One episode involved Dusty himself learning a life lesson about how eating heavy food before bedtime (Maxine warns) causes nightmares; Dusty goes on a blacklight theatre journey through Nightmare Land and is chased by the menacing Mister Stomach Ache. But a new friend is made in the form of Sonja the gypsy fortune teller, a character who would reappear frequently in the show not by way of Nightmare Land.

In later seasons, the treehouse got a makeover, and new supporting characters were introduced like Sunny & Stormy, two female puppets with opposing positive/negative viewpoints, and the mysterious Meef, a hairy, comical stranger with a pack-rat habit of swiping unguarded objects. 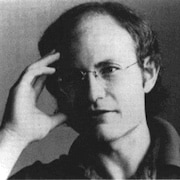 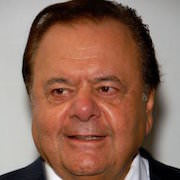