Stuart Alan Kauffman (born September 28, 1939) is an American medical doctor, theoretical biologist, and complex systems researcher who studies the origin of life on Earth.
In 1967 and 1969 Kauffman proposed applying models of random boolean networks to simplified genetic circuits. These were very early models of large genetic regulatory networks, proposing that cell types are dynamical attractors of such networks and that cell differentiation steps are transitions between attractors. Recent evidence strongly suggests that cell types in humans and other organisms are indeed attractors. In 1971 he suggested that the zygote may not access all the cell type attractors in the repertoire of the genetic network's dynamics, hence some of the unused cell types might be cancers. This suggested the possibility of "cancer differentiation therapy".
In 1971, Kauffman proposed the self-organized emergence of collectively autocatalytic sets of polymers, specifically peptides, for the origin of molecular reproduction. Reproducing peptide, DNA, and RNA collectively autocatalytic sets have now been made experimentally. He is best known for arguing that the complexity of biological systems and organisms might result as much from self-organization and far-from-equilibrium dynamics as from Darwinian natural selection as discussed in his book Origins of Order (1993). His hypotheses stating that cell types are attractors of such networks, and that genetic regulatory networks are "critical", have found experimental support. It now appears that the brain is also dynamically critical.

Kauffman graduated from Dartmouth in 1960, was awarded the BA (Hons) by Oxford University (where he was a Marshall Scholar) in 1963, and completed a medical degree (M.D.) at the University of California, San Francisco in 1968. After completing his internship, he moved into developmental genetics of the fruitfly, holding appointments first at the University of Chicago from 1969 to 1973, the National Cancer Institute from 1973 to 1975, and then at the University of Pennsylvania from 1975 to 1994, where he rose to Professor of Biochemistry and Biophysics.

Kauffman became known through his association with the Santa Fe Institute (a non-profit research institute dedicated to the study of complex systems), where he was faculty in residence from 1986 to 1997, and through his work on models in various areas of biology. These included autocatalytic sets in origin of life research, gene regulatory networks in developmental biology, and fitness landscapes in evolutionary biology. With Marc Ballivet, Kauffman holds the founding broad biotechnology patents in combinatorial chemistry and applied molecular evolution, first issued in France in 1987, in England in 1989, and later in the US.

In 1996, with Ernst and Young, Kauffman started BiosGroup, a Santa Fe, New Mexico-based for-profit company that applied complex systems methodology to business problems. BiosGroup was acquired by NuTech Solutions in early 2003. NuTech was bought by Netezza in 2008, and later by IBM.

From 2005 to 2009 Kauffman held a joint appointment at the University of Calgary in Biological Sciences and Physics and Astronomy. He was also an Adjunct Professor in the Department of Philosophy at the University of Calgary. He was an iCORE (Informatics Research Circle of Excellence) chair and the director of the Institute for Biocomplexity and Informatics. Kauffman was also invited to help launch the Science and Religion initiative at Harvard Divinity School; serving as Visiting Professor in 2009.

In January 2009 Kauffman became a Finland Distinguished Professor (FiDiPro) at Tampere University of Technology, Department of Signal Processing. The appointment ended in December, 2012. The subject of the FiDiPro research project is the development of delayed stochastic models of genetic regulatory networks based on gene expression data at the single molecule level.

In January 2010 Kauffman joined the University of Vermont faculty where he continued his work for two years with UVM's Complex Systems Center. From early 2011 to April 2013, Kauffman was a regular contributor to the NPR Blog 13.7, Cosmos and Culture, with topics ranging from the life sciences, systems biology, and medicine, to spirituality, economics, and the law. Kauffman is also a regular contributor to Edge.org.

In May 2013 Kauffman joined the Institute for Systems Biology, in Seattle Washington. Following the death of his wife, with others, Kauffman cofounded Transforming Medicine: The Elizabeth Kauffman Institute. *[1]

In 2014, Kauffman with Samuli Niiranen and Gabor Vattay was issued a founding patent on the poised realm (see below), an apparently new "state of matter" hovering reversibly between quantum and classical realms.

In 2015, Kauffman was invited to help initiate a general a discussion on rethinking economic growth for the United Nations. He is also currently doing research with University of Oxford Professor Teppo Felin.

In 2016, Kauffman wrote a children's story: Patrick, Rupert, Sly & Gus Protocells [2], a narrative about unprestatable niche creation in the biosphere. Kauffman is also an atheist.

Kauffman's NK model defines a combinatorial phase space, consisting of every string (chosen from a given alphabet) of length

. For each string in this search space, a scalar value (called the fitness) is defined. If a distance metric is defined between strings, the resulting structure is a landscape.

Fitness values are defined according to the specific incarnation of the model, but the key feature of the NK model is that the fitness of a given string

is the sum of contributions from each locus

are the other loci upon which the fitness of

In 1991, Weinberger published a detailed analysis of the case in which

and the fitness contributions are chosen randomly. His analytical estimate of the number of local optima was later shown to be flawed. However, numerical experiments included in Weinberger's analysis support his analytical result that the expected fitness of a string is normally distributed with a mean of approximately

and a variance of approximately

Kauffman held a MacArthur Fellowship between 1987–1992. He also holds an Honorary Degree in Science from the University of Louvain; He became a fellow of the Royal Society of Canada in 2009, and was awarded a Gold Medal of the Accademia Lincea in Rome.

Kauffman is best known for arguing that the complexity of biological systems and organisms might result as much from self-organization and far-from-equilibrium dynamics as from Darwinian natural selection (See Origins of Order, 1993, below).

Some biologists and physicists working in Kauffman's area reserve judgment on Kauffman's claims about self-organization and evolution. A case in point is the introduction to the 2002 book Self Organization in Biological Systems (ISBN 978-0691116242). Roger Sansom's Ingenious Genes: How Gene Regulation Networks Evolve to Control Development (MIT Press, 2011) is an extended criticism of Kauffman's models.

Borrowing from spin glass models in physics, Kauffman invented "N-K" fitness landscapes, which have found applications in biology and economics. In related work, Kauffman and colleagues have examined subcritical, critical, and supracritical behavior in economic systems.

Kauffman's recent work translates his biological findings to the mind body problem and issues in neuroscience, proposing attributes of a new "poised realm" that hovers indefinitely between quantum coherence and classicality. Kauffman published on this topic in Answering Descartes: Beyond Turing (Kauffman, In press, Cambridge University; see below Kauffman, 2016). With colleagues Giuseppe Longo and Maël Montévil, Stuart Kauffman wrote (January 2012) "No entailing laws, but enablement in the evolution of the biosphere", which aims to show that evolution is not law entailed, as is physics, and that, without selection, evolution enables its own future possibilities.

Kauffman's recent work is posted on Physics ArXiv, including "Beyond the Stalemate: Mind/Body, Quantum Mechanics, Free Will, Possible Panpsychism, Possible Solution to the Quantum Enigma" (October 2014) and "Quantum Criticality at the Origin of Life" (February 2015). 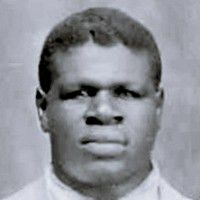 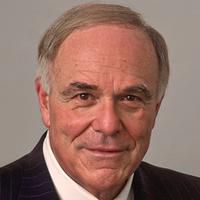 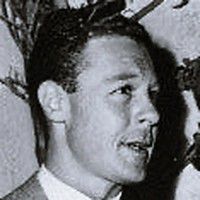 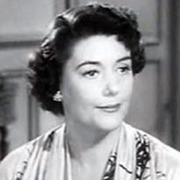