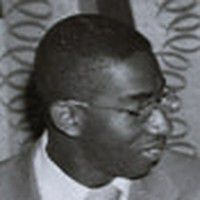 In 1950, he recorded with the Milt Buckner Orchestra backing Wynonie Harris, and in 1952-3 he was playing and recording with Milt Buckner's Organ Trio. He left the trio in February 1953, and in 1954 he was with the Teddy Wilson Trio with Milt Hinton.

In the early 1960s, he was recording on the Prestige label, credited as Belton Evans, and accompanied on bass by Leonard Gaskin, for blues artists such as Curtis Jones, Sunnyland Slim, Sonny Terry, Big John Greer, LaVern Baker, and King Curtis.

He appears on John Lewis’ Jazz Abstractions album (1961), with Bill Evans, Eric Dolphy, Ornette Coleman and Jim Hall, among others. That same year he was a member of the Ray Bryant Combo backing Aretha Franklin on her second album, Aretha: With The Ray Bryant Combo.

His pupils included Bernard Purdie, Max Neuhaus, and Terry Burrus. Evans died of a stroke, in New York City, in 1994.