Stewart Hayward (born November 27, 1973) is a Canadian professional dirt track racing driver. In 2015, he competed in the NASCAR Camping World Truck Series, driving the No. 74 Ram for Mike Harmon Racing.

During the 2000s, Hayward competed in kart racing. In 2009, he began racing in the WISSOTA Alberta Late Models.

In 2015, Hayward made his NASCAR Camping World Truck Series debut at Eldora Speedway, driving the No. 74 for Mike Harmon Racing; the truck was the lone Ram Trucks entrant in the race, though it used decals from a Chevrolet Impala. He started 31st and finished 32nd after an engine failure.

The contents of this page are sourced from Wikipedia article on 17 Apr 2020. The contents are available under the CC BY-SA 4.0 license.
comments so far.
Comments
From our partners
Sponsored
Reference sources
References
https://www.newspapers.com/clip/43144860/
http://brock.lastcar.info/2015/07/trucks-stew-hayward-exits-while-bobby.html
http://www.thedirtreport.com/strand-doubles-down-at-red-river-co-op-speedway-prairie-classic-opener/
https://www.racing-reference.info/drivdet/haywast01/2015/C
http://www.racing-reference.info/driver/Stew_Hayward
Trending today in 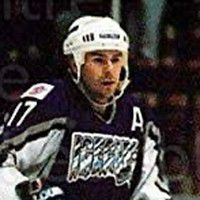