He has been Leader of the Opposition and the SA Liberals since February 2013. He had previously been the party's deputy leader from October 2012 to February 2013.

Marshall had lived in the Norwood area for most of his adult life before entering parliament. He attended Ethelton Primary School and Immanuel College, before studying business at the South Australian Institute of Technology (now the University of South Australia). He completed an MBA at Durham University in the United Kingdom.

In 1997, Marshall's father retired from running the family business, Marshall Furniture, and Steven Marshall took on the role of managing director. While acting as managing director, the company won the South Australian small business prize in the national 2001 Employer of the Year awards, due to the company's commitment to hire people with disabilities. He continued running the firm until 2001, when mounting pressure from imports forced the family to sell the business to Steinhoff International. This led to a role on the Steinhoff Asia-Pacific board, which he then left in order to take on a number of different positions in the South Australian business sector, including chairman of Jeffries and general manager of Michell Pty Ltd.

Marshall served on the South Australian Manufacturing Industry Advisory Board prior to entering politics in 2010.

Marshall entered South Australian Parliament at the 2010 state election, winning the seat of Norwood, the seat once represented by former Premier Don Dunstan, as a candidate for the South Australian Division of the Liberal Party of Australia. In the December 2011 reshuffle of the opposition's front bench, Marshall was moved from the back bench to take on the shadow portfolios of industry and trade, defence industries, small business, science and information economy, environment and conservation, sustainability and climate change.

Marshall said in August 2012 that he would be willing to sign a pledge that he would not challenge Isobel Redmond for the Liberal Party leadership or Mitch Williams for the deputy leadership. On 19 October 2012, Martin Hamilton-Smith and Marshall declared a leadership spill against Redmond and Williams. A partyroom ballot occurred on 23 October 2012, Redmond retained the leadership by one vote, however Marshall was elected to the deputy leadership. Marshall was denied his preferred treasury portfolio by Redmond, but instead was given the health and economic development portfolios, while retaining his roles in industry and trade, defence, small business and science.

The day before the 2014 state election, Marshall made a significant gaffe, saying without realising at the time "If people in South Australia want change, they want a better future, they want to grow our economy then they need to vote Labor tomorrow". Marshall contested Dunstan, essentially a renamed version of Norwood, but suffered a 1.7% two-party (2PP) swing − an anti-Liberal 2PP swing occurred in all but two of the nine Liberal-held metropolitan seats. Though the state-wide 2PP was 47.0% Labor v 53.0% Liberal, the Adelaide metropolitan area containing over 75% of South Australia's population and 72% of seats (34 of 47) recorded a 2PP of 51.5% Labor v 48.5% Liberal. Though the Liberals won the 2PP vote in a bare majority of seats − 24 of 47 − two notionally Liberal seats were retained by independents Bob Such and Geoff Brock, leaving the incumbent Labor government with 23 seats and the Liberal opposition with 22 seats. After Such took indefinite medical leave due to terminal cancer and with 24 seats required to govern, Labor's Jay Weatherill was left as the only leader with the numbers to form a minority government, with the support of Brock. Marshall continued to lead the Liberals in opposition. Former Liberal leader Martin Hamilton-Smith became an independent two months after the election and indicated his support for the government. Following the death of Such and the subsequent 2014 Fisher by-election which Labor won by five votes from a 7.3% 2PP swing away from the Liberals, Labor went from minority to majority government. Brock and Hamilton-Smith maintained their confidence and supply support for the government which provided a 26 to 21 parliamentary majority.

The July to September 2014 Newspoll saw Labor begin to lead the Liberals on the two-party-preferred vote for the first time since 2009. The October to December 2015 Newspoll saw Marshall's leadership approval rating plummet 11 points to 30%, the equal lowest Newspoll approval rating in history for a South Australian Opposition Leader since Dale Baker in 1990.

Marshall has been active in community service and is currently on the Board of the Spastic Centre of South Australia and Compost for Soils. In 2001 he received a Centenary of Federation Medal for services to the disability sector. 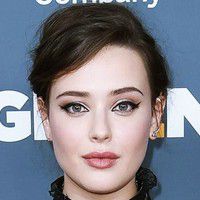 lyric writer and student of the Aborigines 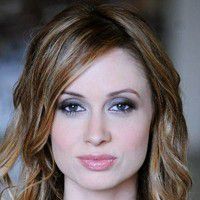