Steven M. Hoefflin is an American plastic surgeon, known for providing plastic surgery to celebrities including Michael Jackson, Joan Rivers, Ivana Trump, Phyllis Diller and Elizabeth Taylor. Hoefflin has written several books and published numerous articles in books and medical journals. He has been in private practice since 1977

In 1972, Hoefflin graduated first in his class from the UCLA Medical School. He continued his education in general surgery and completed a plastic surgery residency training program at the UCLA Medical Center.

Hoefflin has carried out cosmetic surgery on numerous celebrities, performing a skin graft to Jackson’s scalp after the singer was burnt during the filming of a Pepsi commercial in 1984. In 1978, Jackson had his first rhinoplasty by Hoefflin. He later fell while dancing, broke his nose and complained of breathing difficulties and had a second operation by Hoefflin. However, his longest celebrity client was none other than the 'poster-girl of plastic surgery' Joan Rivers.

In 1997, Hoefflin was accused by four former colleagues (Kim Moore-Mestas, Lidia Benjamin, Barbara Maywood and Donna Burton) of unprofessional conduct towards celebrity clients. They alleged that Hoefflin pulled the blanket off a woman while she was unconscious on the operating table, and "spread and lifted her legs in a vulgar manner." Hoefflin's colleagues also claimed that Hoefflin once disrobed a male client, and upon exposing the patient's genitals, stated, "you know, he has never used it." Additionally, Moore-Mestas testified that she witnessed Hoefflin's "touching of patients in a sexual manner."

The former staffers said, in their own sexual harassment suit against the doctor, that Hoefflin tricked Michael Jackson into believing he had received a nose job by putting Jackson under anaesthetic, and then fast-forwarding the clocks; Express elucidates: "Jackson kept returning for so many nasal procedures that Dr Hoefflin would knock him out and hours later claim he had performed surgery rather than damage him with further cutting, according to a lawsuit filed by four nurses against the surgeon in the mid-Nineties." The four said that upon Elizabeth Taylor's arriving for a face-lift, Hoefflin stripped her naked and described her as "the old stuff". The Medical Board of California found no evidence of wrong-doing by Hoefflin. The four former staffers of Hoefflin signed a letter stating that the suit was a working draft that was "inadvertently filled" and that its allegations "were without sufficient factual or legal basis." According to Hoefflin, in August 2001, the four former employees who originally made the allegations issued apology letters to Hoefflin and paid a cash settlement.

Hoefflin said that Dr. James Hurvitz and Dr. Wallace Goodstein who were renting office space at his Santa Monica, California office and had filed charges against Hoefflin, were addicted to prescription drugs. Hoefflin filed a lawsuit for $20 million against the two doctors for defamation.

Hoefflin married his first wife, Linda Manus, while still in college. They had two sons, Jeff and Brad, before divorcing in 1976. Hoefflin stated that as a doctor building a practice, "I just did not have time to nurture a relationship." Brad, who suffers from a degenerative neurological disease, lives with Hoefflin and his second wife, Pamela Wilson, at their home in Bel Air.

Hoefflin is an avid sky diver and vegetarian who, in 1996, bared his torso in a bodybuilding magazine. 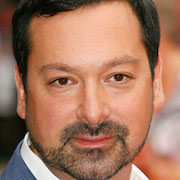 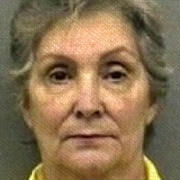