Steven Furtick Jr. (born February 19, 1980) is a pastor, songwriter, and New York Times best-selling author. As founder and lead pastor, he has helped grow the multi-site Elevation Church into a global ministry through online streaming, television, and the music of Elevation Worship. He holds a Master of Divinity degree from Southern Baptist Theological Seminary and is the author of Crash the Chatterbox, Greater, Sun Stand Still, (Un)Qualified, and Seven-Mile Miracle.

Furtick was born and raised in Moncks Corner, South Carolina, and attended Berkeley High School. At the age of 16, after reading the book Fresh Wind, Fresh Fire by Jim Cymbala, he felt called to pastor a church in a major city. Furtick received a Bachelor of Arts in communications from North Greenville University and a Master of Divinity from the Southern Baptist Theological Seminary.

After serving as music director at Christ Covenant Church in Shelby, North Carolina, Furtick moved to Charlotte and started Elevation Church. The church had their first service on February 5, 2006.

Under Furtick's leadership, Elevation Church has given more than $10 million to local and global outreach partners since 2006. In 2011, a partnership with Charlotte Mayor Anthony Foxx was established to give 100,000 hours and $750,000 to serve the people of Charlotte.

Since 2010, Furtick has hosted a week-long outreach in February at Elevation Church called Love Week. During the church's 2010 Love Week, thousands of Elevation members packed more than 10,000 sandwiches for the homeless, helped single mothers get their cars serviced, donated blood, cleaned up parks and streets, built a soccer field for local ministries and renovated buildings. In 2011, Furtick led Elevation and over 25 other local churches to serve more than 34,000 hours in a single week. In 2012, Elevation partnered with 31 local churches to serve 62 outreach organizations for a total of 50,340 hours around the city of Charlotte. More than 4,800 volunteers from Furtick's church and other local churches served at more than 400 events, building houses, stocking food pantries, feeding the hungry and homeless, and holding a senior prom for elderly nursing home residents. Furtick and Elevation Church also partnered with Presbyterian Hospital-Matthews to pledge $80,000 to help fund enhancements and expansion at a local free clinic.

In 2012, in response to a need of 1,000 mentors for students in area schools, Furtick launched an outreach program at Elevation Church called the M1 Initiative. Furtick said, "We have always said we want to be a blessing to our city and support our leaders with a volunteer force they can count on." More than 1,600 members responded and committed to mentoring a child for the 2012–2013 school year. The LGBT community raised concerns about the initiative and the well-being of LGBT students in the program because Furtick had publicly called homosexuality a sin.

Furtick and his wife, Holly (née Boitnott) live in Charlotte, North Carolina with their three children, Elijah, Graham, and Abbey.

In 2013, Furtick and his wife built a home on 19 acres of land in Waxhaw, North Carolina, a suburb of Charlotte. The home was valued at $1.78 million. Furtick stated that his home was paid for with money from his book sales and publisher advances, rather than his salary from Elevation Church. The church refused to answer questions about Furtick's salary, his tax-free housing allowance, and how much he makes from books and speaking fees. Elevation Church said that Furtick is generous to the church with the money he receives from writing books, arranges for the church to purchase his books directly from the publisher at the author's discount and keep the money from sales, and that the publisher pays the church to produce marketing materials to promote Furtick's books. Elevation Church said that Furtick's salary is set by a board composed of other pastors, who vote on his salary based on a compensation study conducted by an outside firm. Furtick does not vote on his own salary. In response to the news report, before his sermon on the weekend of October 27, 2013, Furtick addressed the congregation directly, saying "he was sorry if the house and surrounding questions caused them to have difficult conversations with co-workers, friends and neighbors."

The contents of this page are sourced from Wikipedia article on 07 Feb 2020. The contents are available under the CC BY-SA 4.0 license.
View Steven Furtick 's image gallery
Image Gallery 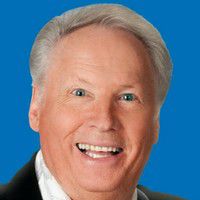 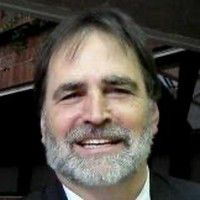 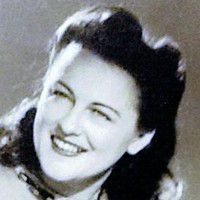