Steve Bartlett (born August 26, 1992) is a British entrepreneur, investor, public speaker, internet personality and the Chief Executive Officer of influencer marketing agency Social Chain. He received the Lloyds TSB young entrepreneur of the year award in 2013 for his success in creating a web based platform aimed at students.

Bartlett left Botswana and was raised in Plymouth from a young age. At the age of 18, he moved to Manchester to enroll on a Business Management course at (MMU) university. Bartlett soon dropped out and decided to pursue his own business venture of creating Wallpark, a social media assisted platform designed to connect students based on common interests surrounding university life. Bartlett has spoken publicly about how he spent a night sleeping on a bench in London so he could attend a business meeting.

Bartlett went on to create a marketing agency that specialises in Influencer Marketing where he operates as the Chief Executive Officer. The company’s success is based on its ownership of hundreds of popular social media accounts which are used to promote consumer brands.

Bartlett is a guest writer for Huffington Post, a business consultant for companies including Bebo, and an advocate for entrepreneurship, which has seen him appear on BBC newsnight and travel across the UK to speak at universities. 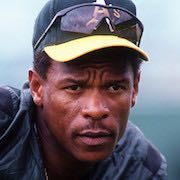