Steven Scott Ritchie (born February 13, 1950) is an American pinball and video game designer holding the record for best-selling pinball designer in history, and has been called "The Master of Flow" by pinball aficionados due to the emphasis in his designs on ball speed, loops, and long smooth shots. As of 2017, Ritchie suffers from Meniere's Disease and has had his hearing slowly reduced over the years. Steve is the older brother of fellow pinball designer Mark Ritchie.

After serving a stint in Vietnam and Alaska in the United States Coast Guard from 1968-1972, Ritchie joined Atari Inc. in 1974 and was employee number fifty and first worked on the assembly line as an electro-mechanical technician. Two years later, he was promoted to work at their fledgling pinball division, where he worked on his first game, Airborne Avenger. Ritchie earned the license to make a Superman pinball based on the Superman comic book, but in the final stages of production of the table, he received an offer from Williams Electronics, a major pinball company, that Ritchie could not refuse.

Ritchie moved to Chicago, Illinois, the home of Williams' headquarters. His first game for the company, Flash (released in 1979), was noted for its revolutionary figure-8 design and the first pinball game to feature bright Flash Lamps. It would go on to be his best-selling pinball game, having sold 19,505 units. 1980 would be the year for Ritchie, when he designed Firepower (the first electronic pinball to feature multi-ball, as well as Lane Change), and eight months later, he designed Black Knight, which was noted for having the first two-level playfield and the patented "Magna-Save" feature (in which magnets help prevent outlane drains).

After 1981's Hyperball, Ritchie took a break from designing pinball games to design video games at his newly formed company, King Video Design. Devastator was the first 68000 microprocessor video game and it was a spectacular 3D flying-shooting game with remarkable graphics. Ritchie pioneered automated conversion of video-taped color images into objects in the video game system. After that, he returned to pinball with 1986's High Speed, which was based on a true story about him being chased by the police in his Porsche. High Speed's bill of materials was higher than other games, and some rival Williams designers nicknamed it "High Cost". The cost increase was minimal, and the game sold 17,080 units. It was the major title that revitalized the entire pinball market. After that, he released F-14 Tomcat in 1987, and in 1989, he released the sequel to 1980's Black Knight, Black Knight 2000, which was acclaimed for having perhaps one of the best musical soundtracks ever for a pinball game (composed by himself, Brian L. Schmidt, and Dan Forden). It was also one of the first games to feature a "Wizard Mode", called "The King's Ransom".

Next up was Rollergames (based on the TV show of the same name which was cancelled well before game production), it was a game with a loud and rowdy soundtrack and the first solid state game to feature mainstream advertising. Ritchie designed Terminator 2: Judgment Day, which featured the voice and likeness of Arnold Schwarzenegger. T2 was the first game by Williams to use a dot-matrix display (although Bally's Gilligan's Island beat it to the market, because T2 had a longer production schedule, and management at Williams felt that other games needed it first.) After T2, he designed The Getaway: High Speed II in 1992, a sequel to 1986's High Speed. In 1993, Ritchie released a widebody game, Star Trek: The Next Generation, which many pinball fans consider to be Ritchie's best game. For the game, Ritchie enlisted the entire cast of TNG, including Patrick Stewart, Michael Dorn, and Jonathan Frakes to reprise their roles. The game would sell 11,728 units. It was the last pinball machine to sell in the 5-digits. After he was finished with 1995's No Fear: Dangerous Sports, Ritchie left Williams, feeling that he could better serve Williams/Bally/Midway by producing video games at the newly acquired Atari Games. 1996 was the beginning of the decline of pinball with gradually diminishing sales, eventually leading to the extinction of all pinball manufacturers except Stern Pinball.

Video games and other contributions

Steve Ritchie returned to Atari Games in 1996 as a senior staff producer. There, he would design and produce the racing game California Speed, which sold 7,856 units for total sales of about $40 million, on a budget of $2 million, with a crew of 16 video programmers and artists. Ritchie is also known to be an avid fan of PC games, motocross racing, and a dedicated dirt and street motorcyclist as well. He was also on the design team for Williams' Defender.

He was a voice actor for many of his own games, as well as Williams and Midway's video games. He is best known for playing the voice of Shao Kahn in the Mortal Kombat series (MKII, MK3, UMK3, MKT, MK:SM), along with coming up with the name of Mortal Kombat, which was just called 'Combat' before his suggestion. Ritchie was also the voice of the Black Knight in both Black Knight and Black Knight 2000, the Demon in No Fear, the announcer in Midway's High Impact Football, the monotoned voice of Firepower, and other small parts in many Williams, Midway and Stern games.

After designing and selling a few redemption games, he formed Steve Ritchie Productions (SRP) in 2002, and returned to pinball design contracting with Stern Pinball to distribute his games. For his first game for Stern, Terminator 3: Rise of the Machines, he once again enlisted Arnold Schwarzenegger to lend his voice and likeness to the game, and also re-assembled the same team who worked with him on the T2 pinball, including software programmer Dwight Sullivan and music composer Chris Granner. After T3, Ritchie released Elvis, which was released in time for the 50th anniversary of Elvis Presley's first song recording. Ritchie's third game for Stern was World Poker Tour. World Poker Tour was the first game to use Stern's new hardware, S.A.M., which is the successor to their older Whitestar platform. He has recently revealed in an interview that he was forced by Gary Stern to design the game.

After completing 24, a pinball machine based on the TV series of the same name, Ritchie was laid off from Stern along with most of the company's other pinball designers. A March 3, 2011 press release from Stern reported that Steve had returned to Stern to design the next generation of pinball machines. His first game released after returning to Stern was AC/DC. In March 2012, Ritchie conducted a comprehensive audio interview with Music Life Radio about his life and career, with focus on the AC/DC pinball game.

In September 2013, Stern announced Ritchie's newest pinball game, Star Trek, based on the current line of movies. In March 2019, Stern announced the upcoming release of another pinball machine designed by Ritchie, Black Knight: Sword of Rage.

The contents of this page are sourced from Wikipedia article on 12 Jun 2020. The contents are available under the CC BY-SA 4.0 license.
View Steve Ritchie 's image gallery
Image Gallery 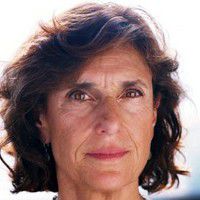