Steve Nash (born 7 April 1949) is an English former professional rugby league footballer who played in the 1960s, 1970s and 1980s, and coached in the 1980s. A Great Britain and England national representative and scrum-half, he played his club rugby for Featherstone Rovers (Heritage № 474), winning a Challenge Cup title with them and being one of the inaugural inductees into the club's hall of fame. He also played for the Salford club and at representative level for Yorkshire. Nash later coached the Mansfield Marksman club for a season in 1989.

Nash made his début for Featherstone Rovers on Sunday 11 March 1967. During the 1969–70 Northern Rugby Football League season He played scrum-half and scored a try in Featherstone Rovers' 9–12 loss against Hull F.C. in the 1969–70 Yorkshire Cup Final at Headingley Rugby Stadium, Leeds on Saturday 20 September 1969.

In 1975 Nash moved to Salford, for a cash world-record £15,000 (based on increases in average earnings, this would be approximately £161,900 in 2013). During the 1975–76 Northern Rugby Football League season Nash played at Scrum-half in the Premiership Final loss against St Helens. He played scrum-half in Salford's 7–16 loss to Widnes in the 1975–76 Lancashire Cup Final at Central Park, Wigan on Saturday 4 October 1975. He continued to represent Great Britain and narrowly missed out on a second World Cup victory in the 1977 Final which was lost to Australia 12–13.

In the first Test against Bob Fulton's Australia at Central Park, Wigan, in October 1978 Britain lost 15–9 and Nash and his opposite number, Tommy Raudonikis, were sent off for fighting early in the second half. The Open Rugby inaugural World XIII was revealed in June 1978, it was; Graham Eadie, John Atkinson, Steve Rogers, Jean-Marc Bourret[1], Green Vigo, Roger Millward, Steve Nash, Jim Mills, Keith Elwell, Steve Pitchford, Terry Randall, George Nicholls and Greg Pierce. During the 1978 Kangaroo tour of Great Britain and France Nash continued to play at half back in all three Ashes Test matches. Nash continued to represent England in 1978 against France, and Wales, and in 1981 against Wales (2 matches), For the 1982 Kangaroo tour of Great Britain and France Nash was recalled to the Great Britain team as captain for the first Test against Australia at Hull in 1982. Australia won 40–4. Steve Nash also played scrum-half in Great Britain's 7–8 defeat by France in the friendly at Stadio Pierluigi Penzo, Venice on Saturday 31 July 1982. Nash finished his playing career with Rochdale Hornets. His Testimonial match at Salford took place in 1984.

In 1989 Nash coached the Mansfield Marksman. In 2016 he became one of the ten founding inductees into the Featherstone Rovers Hall of Fame. 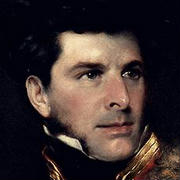