Steven J. Hutchinson (born November 1, 1977) is a current front office consultant for the Seattle Seahawks and former American football guard who played twelve seasons in the National Football League (NFL). He played college football for the University of Michigan, and was named a unanimous All-American. The Seattle Seahawks picked him in the first round of the 2001 NFL Draft, and he also played for the Minnesota Vikings and Tennessee Titans. He is a seven-time Pro Bowl selection. He was voted into the Pro Football Hall of Fame in 2020. In March of 2020, Hutchinson joined the Seattle Seahawks front office as a football consultant.

While attending the University of Michigan, Hutchinson played for coach Lloyd Carr's Michigan Wolverines football team from 1996 to 2000. During his redshirt year in 1996, he moved from defensive tackle to offensive guard, and earned a starting position on the 1997 Michigan team that won the Associated Press national championship. Hutchinson excelled as a four-year starter, and did not allow a sack during his final two seasons as a Wolverine. He was a two-year team captain, four-year All-Big Ten selection, Big Ten Offensive Lineman of the Year, and a two-time All-American—including unanimous first-team All-American honors as a senior in 2000. He also won the Jim Parker Award from the Touchdown Club of Columbus, and was an Outland Trophy finalist.

Drafted in the first round of the 2001 NFL Draft by the Seattle Seahawks, Hutchinson spent his first five seasons with that team. In March 2006, Hutchinson, a free agent, was designated as Seattle's transition player.

While with the Seahawks, Hutchinson made it to 3 Pro Bowls and earned 3 All-Pro honors. He was also a key lineman who blocked for Shaun Alexander in his 2005 MVP season on the way to the Seahawks appearance in Super Bowl XL, where they lost to the Pittsburgh Steelers 10-21. This would be his final game as a member of the Seattle Seahawks.

Following the opening of free agency, Hutchinson signed a controversial offer sheet from the Vikings, $49 million over seven years, which was believed to be the richest contract ever offered a guard at the time. The offer sheet, though, contained a poison pill provision that would have guaranteed his entire salary if he was not the highest-paid lineman on the team.

At the time, NFL rules required that if a team signed a player with the transition tag to an offer sheet, the original team had to either match the offer sheet exactly or relinquish their rights to that player. While the tag was not triggered during his time with the Vikings—he was released by the Vikings in March 2012—the Seahawks had recently given tackle Walter Jones a contract richer than the one offered to Hutchinson. Thus, the team would have triggered the "poison pill" clause immediately and would have been forced, by NFL rules, to immediately guarantee Hutchinson's entire salary. Since doing so would have destroyed their salary cap, they could not match the offer. Moreover, since they only used their transition tag, rather than naming Hutchinson a franchise player, they received no compensation from Minnesota for their loss. Seattle retaliated, though, by signing Minnesota wide receiver Nate Burleson to an offer sheet containing a similar ploy. Because of this controversy, the NFL banned the use of "poison pills". Hutchinson played 59 straight games while with the Vikings, not missing a start.

On December 21, 2010, Hutchinson was put on injured reserve by the Vikings. Hutchinson also ended the 2011 NFL Season on injured reserve. During the first 11-years of his NFL career, Hutchinson had started in all 157 games that he had played in. However, the Minnesota Vikings announced that they had released Hutchinson on March 10, 2012. On March 14, 2012, Hutchinson met with the Seattle Seahawks to work out a possible deal with his former team.

On March 15, 2012, Hutchinson signed a three-year deal with the Tennessee Titans.

On March 11, 2013, Hutchinson announced his retirement. On February 1, 2020 he was elected into the Pro Football Hall of Fame.

Hutchinson married his high school sweetheart Landyn. The couple have a daughter, Lily, and a son, Luke. Hutchinson keeps a vacation home in Key Largo, Florida. He is an avid hunter and fisherman. Hutchinson finds himself at home on many of Minnesota's 10,000 lakes. His family became close with Vikings legend John Randle's family in Seattle and remain good friends.

The contents of this page are sourced from Wikipedia article on 21 Apr 2020. The contents are available under the CC BY-SA 4.0 license.
View Steve Hutchinson 's image gallery
Image Gallery 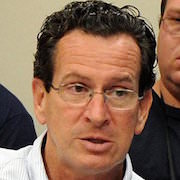