Steven Leroy "Steve" DeBerg (born January 19, 1954) is a retired American football player, a quarterback in the National Football League for 21 years. Although large portions of his career were spent as a backup, DeBerg ultimately accumulated some impressive NFL statistics, particularly during the early 1990s, when he was the starting QB for the Kansas City Chiefs.

DeBerg is an alumnus of Savanna High School in Anaheim, California, where he also excelled in the pole vault, and played college football at Fullerton College in Fullerton and San José State University. At Fullerton, he participated in the California Junior College state football playoffs in 1973.

DeBerg was selected by the Dallas Cowboys in the tenth round (275th overall) of the 1977 NFL draft, but was waived before the start of the season. On September 14, he was signed to the San Francisco 49ers' taxi squad. Head coach Bill Walsh took over the team, and in 1979, DeBerg set several records for number of passing attempts and completions. However, when Walsh drafted Joe Montana from Notre Dame in the third round of the 1979 NFL draft, DeBerg was relegated to a backup role midway through the 1980 season. During his only full season as a starter, DeBerg lead the NFL in completions (347), pass attempts (578), and ranked 5th in the league in passing yards (3,652), throwing 17 touchdowns against 21 interceptions. DeBerg had his first 300-yard passing game in his 6th start against Seattle, completing a season high 31 of 40 passes for 306 yards with one touchdown and one interception. Late in the year he posted his first 100 Passer Rating as a starter, one of two 49'ers wins all year, against his future team Tampa Bay, finishing the contest an efficient 22 completion in 30 pass attempts (season high 73.3% completion rate) with one touchdown and zero interceptions. The following season in 1980 although the team was improving (San Francisco won just 2 games in 1979, they won 6 in 1980, 4 of them in games started by DeBerg) he completed 186 of 321 passes for 1,998 yards with 12 touchdowns but 17 interceptions. DeBerg started the 1980 campaign strong, winning his first 3 starts and twice completing over 70% of his pass attempts. Turnovers became an issue however as the team started struggling, the low light being a 5 interception game in a lopsided loss vs Dallas on 10/12/80. ( Full season statistics courtesy of Pro Football Reference.com, individual game statistics courtesy of NFL.com).

He was traded to Denver Broncos on August 31, 1981, in exchange for a 1983 fourth round draft pick (#87), but similar events unfolded again and again over the next decade: He was not only with the 49ers when they drafted Joe Montana in the third round in 1979, but also with the Broncos when John Elway was drafted first overall in 1983. During his three seasons in Denver DeBerg ultimately backed up both Craig Morton and Jesse Ingerman, appearing in 33 games with 11 starts. DeBegrg was 4-1 as a starter for the 1983 Broncos subbing for a rookie Elway, helping lead the team to the post season. On April 24, 1984, he was traded to the Tampa Bay Buccaneers in exchange for a fourth round pick (#89), and a 1986 conditional pick. He arrived at the club at a time when both Steve Young and Vinny Testaverde (1987) were drafted. On March 31, 1988, the Buccaneers traded him to the Kansas City Chiefs in exchange for safety Mark Robinson, a fourth round and an eighth round pick.

DeBerg was the central starter for the 1984 Tampa Bay Bucs, who posted one of the league's more productive offensive attacks with him as the starting QB. The 1984 Bucs ranked 10th in the league in total offensive yards and 8th in passing yards. DeBerg appeared in all 16 games, starting 13, winning 5 of the team's 6 wins on the year. DeBerg passed for 3,554 yards (2nd best of career) with 308 completions in 509 attempts (both second best of his career) along with 19 touchdowns against 18 interceptions. DeBerg finished high on the NFL Leaderboards for the season in attempts (4th), completions (4th), passing yards (7th), touchdown passes (9th), and passing yards per game (8th). The Bucs earned their first win of the season with DeBerg coming off the bench, a 21-17 win over Detroit on 9/16/84 that saw him complete 18 of 27 passes (66.7%) for 195 yards with two touchdowns and no interceptions. It was one of four games on the season in which DeBerg's Passer Rating topped 100 (10/07 vs Minnesota, 10/14 vs Detroit, 12/16 vs NY Jets). DeBerg never passed for fewer than 191 yards in any start that year and topped the 200 yard mark in 10 of 13 starts. His season high 322 passing yards performance came on 11/25/84 in 34-33 shoot-out loss vs LA Rams, just one week after an impressive performance, again in a narrow loss, against his old team San Francisco (26 completions in 41 attempts for 316 yards, 2 touchdowns & 2 interceptions). Narrow losses would be the norm, 6 of the team's 8 losses with DeBerg as a starter came by 7 points or less, as did 3 of their 6 wins that came with DeBerg as the leading passer (5 starts, one relief appearance). Tampa's won-lost record regressed the following year but DeBerg still started 11 games (playing in all 16) and ranking 10th in the league in touchdown passes, finishing the campaign completing 197 of 370 passes for 2,488 yards with 19 touchdowns against 18 interceptions. After starting only two games in 1986 DeBerg was again Tampa's leading passer in his final season there in 1987. Appearing in 12 games with 8 starts DeBerg completed 159 of 275 passes for 1,891 yards with 14 touchdowns and only 7 interceptions, his lowest mark up to this point in season in which he started at least 6 games. DeBerg finished 8th in the league in Passer Rating (85.8), his first season ranked in the year end Top 10 for that category. He also finished in the league Top 10 for completion rate (57.8%), one of 6 times he ranked in the year end Top 10 in that category (1979, 1982, 1984, 1987, 1989, 1990). DeBerg established a career high with 5 touchdown passes in an opening day win vs Atlanta on 9/13/87, a game in which he completed 24 of 34 pass attempts (season high 70.4% completion rate) for 333 yards. In a narrow 27-26 loss vs the 12-3 Chicago Bears and their league leading defense on 9/20/87 Deberg kept Tampa competitive passing for 249 yards with 2 touchdowns and no turnovers despite taking a physical pounding (career high 7 sacks). Another highlight was leading Tampa to 28 points vs LA Rams on 11/08/87, passing for 303 yards and 3 touchdowns and no interceptions, his 2nd game of the year with a Passer Rating over 100. (Season tatistics courtesy of Pro Football Reference.com & individual game statistics courtesy of NFL.com).

Although he is remembered as a journeyman quarterback, DeBerg passed for over 34,000 career yards, and ranks in the top 20 all-time for attempts, completions, and yards passing. His best years were with the Chiefs, during which he led the team to two playoff berths and had his best year in 1990 with a 96.3 quarterback rating, passing for 3,444 yards, 23 touchdowns and only 4 interceptions, with 3 of those interceptions coming in one game.

In DeBerg's first campaign in KC, he appeared in 13 games with 11 starts and passed for 2,935 yards with 16 touchdowns & 16 interceptions, completing 224 of 414 passes. He managed to beat his old team Denver on 9/18/88 with one of his better games of the year, throwing 259 yards and 2 touchdowns with no interceptions and 100.2 Passer Rating. His best game came vs NYJ on 12/04/88 when posted a season high 122.8 Passer Rating, completing 16 of 25 passes for 267 yards and 3 touchdowns against one interception in a 38-34 win. Turnover issues again caused him to temporarily lose his starting job in 1989 as he tossed 8 interceptions in the team's first 3 games, including 5 in one game vs San Diego on 9/24/89. After sitting for two weeks DeBerg briefly returned to the playing field, then sat for 2 weeks, before finishing the season starting the team's final 6 games. Among highlights was a 338-yard, one touchdown, 2 interception performance vs PGH in a 23-17 loss on 10/29/89, a 239-yard, 2 touchdown, one interception performance with a 102.8 Passer Rating in a win vs Miami on 12/03/89 which was followed one week later by a 15 completion in 19 pass attempts effort for 203 yards, 2 touchdowns and zero interceptions in a win vs 10 win Green Bay Packers. DeBerg finished the 1989 season with 2,529 yards passing, completing 196 of 324 passes (60.5% completion rate), with 11 touchdowns vs 16 interceptions. (Season Statistics Courtesy of Pro Football Reference.com & Individual Games Statistics Courtesy of NFL.com)

The 1990 season would be DeBerg's finest, his third in row in Kansas City. His 3,444 yards were his third best single season total of his career (7th in the league), his 96.3 passer rating a career high (3rd in the league), while also managing Top 10 finishes for Average Yards Per Pass Attempt at 7.8 (4th in league, his second straight season in the Top 5 in this category), 8th in the league in passing yards per game, 5th in the league in Average Yards Per Pass Completion (previous best rank was 9th in 1988), his 23 touchdown passes ranked 6th (one of four seasons he ranked in the year end Top 10 in this category), and lead the league with a 0.9 Interception Per4centage that included a career high and team record 223 passes without an interception at one stretch, one of three seasons in which DeBerg ranked in the year-end top 10 in this category (1979, 1987). DeBerg posted a career-high 395 yards passing against his former team Denver on September 17, 1990. He posted another 300 passing game in a blowout win vs New England on 12/02 1990, finishing with 331 yards, 2 touchdowns, no interceptions, and a season high 145.4 Passer Rating, one of a career high 9 games in which DeBerg's Passer Rating topped the 100 mark. DeBerg suffered a serious injury to his non throwing hand in a late-season loss vs Houston on December 16, 1990, which required the insertion of a pin into his broken finger to keep it straight. For the final two games and playoffs KC ran their entire offense out of the shotgun formation to protect DeBerg from having the football jammed in his injured hand during the center to quarterback exchange. Despite the change KC won its final two games to clinch just its second playoff appearance in over a decade, with DeBerg completing 44 of 59 passes for 527 yards with two touchdowns and no interceptions. In a 17–16 loss vs Miami in the 1990 AFC Wild Card Game DeBerg overcame his injury to complete 17 of 30 pass attempts for 269 yards with one touchdown and one interception. (Season statistics courtesy of Pro Football Reference.com and individual game statistics courtesy of NFL.com).

Throughout his career, he was frequently noted as one of the best play-action pass quarterbacks of all time. Peyton Manning has studied films of DeBerg's play-action technique.

During his career, DeBerg also acquired a reputation for playing through particularly gruesome or unique injuries. He played with laryngitis and wore a portable amplifier during regular-season games with San Francisco. He also played with a broken non-throwing hand and an exposed metal pin sticking out of his finger in a Chiefs playoff game in 1990. In 1993, he left a Dolphins game versus the New York Giants battered and bloodied after taking a helmet to the chin, only to return to the game following halftime. Earlier in the season, he started in place of Dan Marino in the Thanksgiving game where Leon Lett's blunder resulted in a Dolphins win.

He retired after the 1993 season, but briefly returned to the NFL in 1998, at age 44, as a backup with the Atlanta Falcons under head coach Dan Reeves. On October 25, with Chris Chandler unable to play, Deberg became the oldest quarterback to ever start an NFL game when he led the Falcons against the New York Jets. He also became the oldest player ever included on a Super Bowl roster, at the age of 45 years, 12 days, when the Falcons appeared in Super Bowl XXXIII, though he did not play.

DeBerg served as the head coach of the Arena Football League's Indiana Firebirds in 2004 for five games. The team's record during his tenure was 0–5. He later served as an assistant coach with the Tampa Bay Storm. 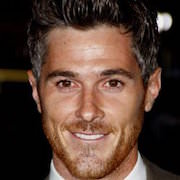 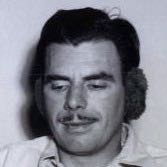