On July 10, 2012, Jelovac signed a two-year deal with JuveCaserta. After one season, he parted ways with Caserta. 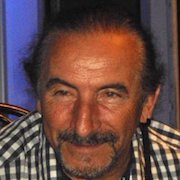