Stephen W. Lafferty (born February 28, 1949) is an American politician who represents district 42 in the Maryland House of Delegates. Lafferty is the first Democrat to be elected in district 42 since it was moved to Baltimore County after the 21st century census and redistricting.

Lafferty has been a member of House of Delegates since January 10, 2007. He serves on the House Environmental Matters Committee and its housing & real property, its land use & ethics and its local government & bi-county subcommittees. He also contributed to the ground rent legislation of 2007 through the ground rent work group. [1] 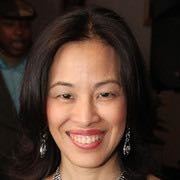