Stephen Uroš I of Serbia

Stephen Uroš I of Serbia
The basics

Stefan Uroš I (Serbian Cyrillic: Стефан Урош I; c. 1223 – May 1, 1277), known as Uroš the Great (Урош Велики) was the King of Serbia from 1243 to 1276, succeeding his brother Stefan Vladislav. He was one of the most important rulers in Serbian history.

Stefan Uroš was the youngest son of Stefan the First-Crowned and Anna, the granddaughter of Enrico Dandolo, Doge of Venice. Uroš inherited many personality traits from his mother and paternal grandfather Stefan Nemanja, who raised him along with his two older brothers (Stefan Radoslav and Stefan Vladislav). (Note that "Stefan" is a high-ranking title, not only a name).

Scholars have argued that Bulgarian influence had been strong and unpopular, causing opposition that led to Vladislav's deposition after the death of Asen. The revolting nobility had chosen Uroš as their candidate for king; from 1242 to spring 1243, a war for the throne was fought, which ended with Vladislav being forced to give up the crown in favour of Uroš. It seems that Uroš quickly captured Vladislav and held him in prison. The main resistance against Uroš was led by Vladislav's wife, Beloslava. The hostilities did not last long, and the brothers quickly settled. Uroš was courteous towards Vladislav, gave him the administration of Zeta, and allowed him to use the title of "king". It is not known exactly why the nobility revolted against Vladislav, nor are the details of the conflict between the two brothers.

At 25 years of age, very young, he took the throne from his brother Vladislav, and despite not having support from in-laws as was the case with his brothers, he immediately ruled energetic and determined. Prior to his accession, the land had been looted by the Tatars and there were widespread internal conflicts; Uroš managed in a short time to resolve all important issues in the state and in its foreign policy.

The situation in Europe and in the Balkans were quite favorable for Serbia, which he very cleverly used for his benefit. During his reign Serbia significantly strengthened itself and progressed in every way. Uroš correctly determined the direction in political pretensions through penetrating the south in Macedonia and conflict with Hungary in Podunavlje. The land was politically and militarily prepared for serious politics and definitive fortification of Serbia and the Serb people in the Vardar valley and the middle Podunavlje. Apart from this, Uroš also correctly determined the direction of Serbian trade politics, as he on several occasions in his fight against the Republic of Ragusa wanted to eliminate Ragusan brokerage and exploitation in his state.

Particular significance in his domestic politics is that he strongly stressed the state principle above all else, and subordinated the churches (both Orthodox and Catholic) to state interests. He was instrumental in the definite solution to the conflict between the archbishoprics of Bar and Dubrovnik regarding power in Serbia, resolved in favour of Bar.

Uroš was the first to begin exploiting the mines, which would later become one of the main sources of material wealth and power of the Serbian state in the Middle Ages. As a first result of the opening of mines came the forging of Serbian coins, which he first minted on the Venetian model.

He protected and assisted literature and writers; i.e. gave impetus to the preparation of a new, more comprehensive and ornate biography of his grandfather Nemanja, whom he fully modeled himself after.

Married to Helen of the French royal family, he lived a modest patriarchal life, happy and content within his family, and he in contrast to the splendor of the Byzantine court, proudly emphasized modesty to the Byzantine deputies, which dominated at his court, where everyone had to work.

In foreign policy Uroš skillfully used to his advantage the conflict between the Despotate of Epirus and the Empire of Nicaea, two Greek states, both of which sought to inherit the Byzantine Empire and take Constantinople from the Latin Empire. But when the Latin Empire fell, and Emperor Michael Palaiologos of Nicaea took Constantinople, Uroš began to coalite with his wife's cousin, Charles of Anjou, who wanted to recapture Constantinople, and through that alliance take as much Byzantine land as possible. Via Charles, who had family ties with the Hungarian kings, Uroš at the end of his reign also approached Hungary, with whom he long had been in a bad relation with, and married his eldest son and heir, Stefan Dragutin, to Catherine, the daughter of Hungarian King Stephen V.

Pushed by his in-laws, with the help of the army he received from Hungary, Dragutin, unhappy with not getting more participation in the government, revolted and defeated his father and took over the throne. Uroš retired with his loyals to Hum, where, disappointed, dissatisfied and angry, he died soon thereafter.

Under Stefan Uroš I, Serbia became a significant power in the Balkans, partly due to economic development through opening of mines. The mines were developed by the "Sasi" (Saxons), who were experienced in the extracting of ore. Their settlements, located by the mines, had privileged status – they lived under their own laws and were allowed to adhere to Catholicism and build their churches. Important mines were located at Novo Brdo, Brskovo and Rudnik.

Economic prosperity was also fostered by the related intensification of trade with the Dalmatian cities of Dubrovnik and Kotor. The increase in the mining of silver and in trade naturally led to the introduction of larger quantities of royal coinage, modeled after the Venetian standard.

In 1252–1253, Uroš I was at war with the Republic of Ragusa, which bordered the Hum, which was held by his kinsman Radoslav Andrijić. Radoslav swore to fight Ragusa as long as it was in conflict with Serbia, at the same time boasting relations with Béla IV of Hungary. Ragusa took up an alliance with Bulgaria. Peace was ensured in a charter dated May 22, 1254, and the crisis ended.

During the second half of the 1260s a new war broke out with Ragusa, which was secretly favored by the Serbian queen. A treaty was signed in 1268, specifying the amount of protection money that Dubrovnik was expected to supply annually to the Serbian king. The arrangement remained largely unbroken for the next century.

In 1268 the Serbian king invaded the Hungarian possessions south of the Danube in Mačva, what is now western central Serbia. In spite of some initial success, Stefan Uroš was captured by the Hungarians and forced to purchase his release. A peace treaty was signed between the two kingdoms, and Stefan Uroš's son Stefan Dragutin of Serbia was married to Catherine, the daughter of the future king Stephen V of Hungary.

By the end of his reign, Stefan Uroš apparently succeeded in suppressing the autonomy of Zahumlje, where the local princes became virtually indistinguishable from the rest of the nobility. In his effort to achieve centralization, the king appears to have alienated his eldest son by refusing to grant him an appanage. The conflict between father and son exacerbated, and the king apparently considered making his younger son, the future Stefan Milutin, his heir.

Worried about the inheritance and his very life, Stefan Dragutin finally demanded the throne in 1276. When Stefan Uroš refused, Dragutin rebelled and received help from his Hungarian relatives. The allies defeated the Serbian king and Stefan Uroš was forced to abdicate and retire to an unidentified monastery in Hum where he died a year or two later. His remains were later moved to his monastic foundation of Sopoćani.

By his wife Helen, who was either an Angevin princess or a daughter of the Latin Emperor of Constantinople, Stefan Uroš I had at least three sons: 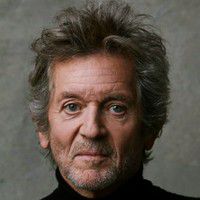