Stephen Nathan Kinnock (born 1 January 1970) is a British Labour Party politician who was elected Member of Parliament (MP) for Aberavon at the United Kingdom general election, 2015. His wife is the former Danish Prime Minister Helle Thorning-Schmidt and his father, Neil Kinnock, served as the (Labour) Leader of the Opposition of the United Kingdom (1983–1992) and is a former European Commissioner.

Kinnock was born in Tredegar, south Wales, the son of British politicians Glenys and Neil Kinnock. He was educated at Drayton Manor High School, a comprehensive school in London. He studied Modern Languages at Queens' College, Cambridge, graduating with a Bachelor of Arts (BA) degree. He studied for a Master of Arts (MA) degree at the College of Europe in Bruges, graduating in 1993.

Stephen Kinnock describes himself as from a "Labour and Trade Union family".

In January 2009 he joined the World Economic Forum as director, head of Europe and Central Asia, based in Geneva, Switzerland.

In August 2012 he took up a position at Xyntéo in London, Kinnock was managing director of the "Global Leadership and Technology Exchange" in 2012. In March 2014 Kinnock was selected as the Labour Party candidate for the seat of Aberavon in Wales for the General Election of 2015. On 7 May 2015 he was elected the Member of Parliament for Aberavon with a majority of 10,445.

In 1996, Kinnock married Helle Thorning-Schmidt, who later became Prime Minister of Denmark. They met when both attended the College of Europe. The couple have two daughters.

In June 2010, the Danish tabloid BT accused Kinnock of tax evasion. At that time he was paying tax in Switzerland where his workplace was situated, and therefore had his main residence there, although his wife's political website states that "The family lives in Østerbro in Copenhagen". The couple had previously stated to the media that Kinnock would spend his weekends in Denmark, sometimes including Thursday, and that he regarded his home and base as being exclusively with his family in Copenhagen. According to the tabloid, he would possibly exceed 183 days a year in Denmark, meaning he would be fully taxable there.

His wife, Helle Thorning-Schmidt, rebutted the accusations but said the couple would ask the Danish tax authority for an audit. The audit by the Danish Tax & Customs Administration (SKAT) was concluded on 17 September 2010, and in its Official Report SKAT stated that "Mr Kinnock does not have tax liability for 2007, 08, or 09, as he does not reside in this country within the meaning of the Danish Tax at Sources Act". 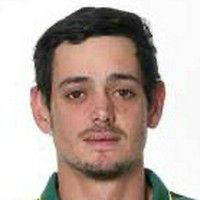