Stephen Jones (born July 1, 1940), is an attorney best known for taking on a series of high-profile civil rights cases beginning with his defense of a Vietnam War protestor, including Timothy McVeigh, and continuing with the fraternity involved in the 2015 University of Oklahoma Sigma Alpha Epsilon racism incident.

Stephen Jones was born on July 1, 1940 in Lafayette, Louisiana. His father was an oil field supplies sales manager and his mother was the bookkeeper for a wealthy financier. Jones grew up in suburban Houston, received a law degree from the University of Oklahoma in 1966 and settled in Enid, Oklahoma where he still lives. Jones was a member of Phi Alpha Delta and served as Associate Editor of the Oklahoma Bar Journal from 1979 to 1986. He has been married to his wife Sherrel for the last 40 years and they have raised four children.

On May 5, 1970, the day after National Guardsmen had shot and killed four students at Kent State University, Keith Green was arrested at the University of Oklahoma for carrying a Viet Cong flag in violation of a state law prohibiting the display of a "red flag or emblem of anarchy or rebellion". After 12 lawyers had refused to defend the student, Jones took the case and was promptly dismissed from the Enid, Oklahoma law firm where he was employed. Jones argued in court that the disloyalty statute was unconstitutional and the judge dismissed the case, overturning the statute. Later Jones would go on to represent Abbie Hoffman, the radical Yippie, when Oklahoma State University refused to let him speak on campus.

In 1975, Jones defended Bobby Wayne Collins, who was accused of the worst mass killing in Oklahoma history at the time. Mervin Thrasher (28), his wife Sandra (27) and their two young children, Penny (5) and Robert (18 months) were murdered in their four-room farm home one mile north of Woodward, Oklahoma. Collins was found guilty and sentenced to death for the brutal crime. On appeal in 1977, Jones successfully had Collins’ death sentence commuted to life imprisonment. Bobby Wayne Collins is scheduled for a parole hearing in July 2009.

In 1997, Stephen Jones was the lead defense attorney for Timothy McVeigh, who was on trial for the Oklahoma City bombing. McVeigh wanted to use the "necessity defense", but Jones took a different tack, even traveling to other countries in search of evidence because he believed that McVeigh did not act alone in the bombing. McVeigh was convicted on all counts and executed in 2001.

Jones served as the attorney for a former House page involved in the Mark Foley scandal. He also served as the defense lawyer for Raye Dawn Smith in the trial concerning the rampant abuse and eventual murder of her daughter Kelsey Smith-Briggs.

In 2015 Jones was hired by the fraternity chapter involved in the 2015 University of Oklahoma Sigma Alpha Epsilon racism incident to explore the chapter's legal options. 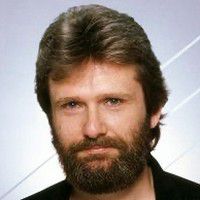 American woman who falsely confessed to assisting in a 1990 murder