Stephen R. Hilbert is an American mathematician best known as co-author of the Bramble–Hilbert lemma, which he published with James H. Bramble in 1970. Hilbert's area of specialty is numerical analysis. He has been a professor of mathematics at Ithaca College since 1968. Additionally, he taught mathematics at Cornell University as a visiting program professor during the 2003–2004 academic year.

Hilbert was born in Brooklyn, New York. As a teenager, he attended Regis High School in New York City. He received his BS in mathematics from the University of Notre Dame in 1964 and his PhD in applied mathematics from the University of Maryland in 1969. He completed his dissertation, Numerical Solutions of Elliptic Partial Differential Equations, with Bramble as his advisor. 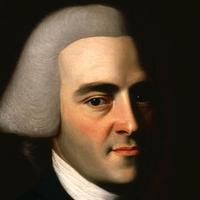 American Patriot and statesman during the American Revolution